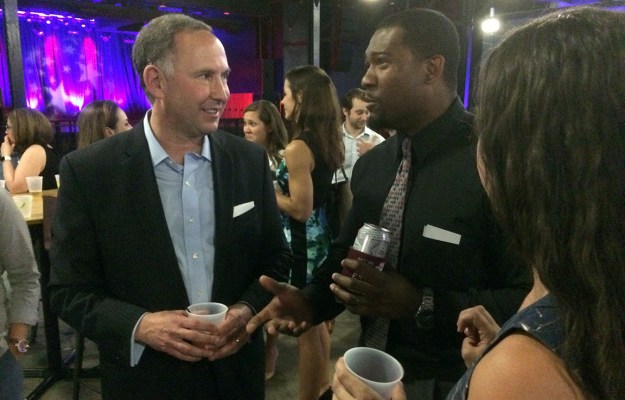 I went by the Music Barn off Senate Street last night for Joel Lourie’s going-away party as he prepares to leave the S.C. Senate after 18 years in the Legislature.

I didn’t get there in time for the speeches (I stopped by another event first), but I was there in time to see that there was a good-sized, bipartisan turnout. By bipartisan I mean: I’m pretty sure I saw Speaker Jay Lucas across the room, although I can’t swear to it because I didn’t get to speak to him. Veteran Republican operative Trey Walker was on hand. I was told Susan Brill, the Republican running for Joel’s seat, was there, but I missed her. John Courson was one of the hosts, according to the invitation I had received.

And I had a good, interesting chat with one Republican senator in particular. More about that in a moment.

And then there were scads of Democrats, of course, starting with the other two musketeers, James Smith and Vincent Sheheen. And Beth Bernstein and Darrell Jackson, both co-hosts, and Mia McLeod, who’s also running for Joel’s seat, and Nikki Setzler, and Todd Rutherford, and a fairly long list of Dems who don’t hold office, like Phil Bailey and Trav Robertson.

Some highlights, for me:

At this point I should reflect on Sen. Lourie’s career in the Senate, but I think I’ll do that in a separate post. This one turned into too much of a Hedda Hopper-style name-dropping piece. Suffice it to say that the Lourie era, which includes his father’s time in the Senate, has been one worth celebrating. Joel has done his late father’s memory proud with his honorable, principled service to his constituents and the people of South Carolina. I can hardly think of a time when I strongly disagreed with anything he advocated, and that’s unusual.

He will be missed. But he has decided to pull back and devote his attention to his business, Lourie Life and Health, and I wish him and his partner, Chris Johnson, great success.