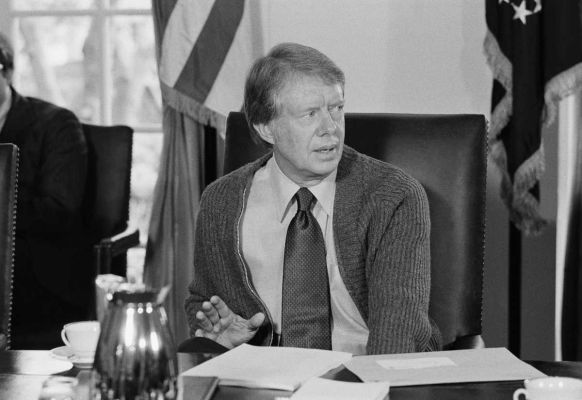 Quit your complaining and put on a sweater!

Remember Jerry Brown back in the ‘70s? Less is More? Small is beautiful?

Or for that matter, Jimmy Carter, turning down the heat in the White House and wearing cardigans? (As opposed to Richard Nixon chilling the Lincoln Sitting Room with air-conditioning so he could have a fire going in the fireplace year-round?)

I was very much into that at the time. Don’t be greedy. Have some self-discipline. Embrace self-denial. Save the planet, etc. As logic, “Less is More” seemed to me like a Christian construction, along the lines of “He that findeth his life shall lose it: and he that loseth his life for my sake shall find it.”

Then along came Reaganism, the huge reaction to all that sort of ironic wisdom – Only More is More! Small is just small! Right after the 1980 election, my wife visited our bank with our very young children, and the teller handed them lollipops without asking my wife whether it was OK. I blamed Reagan. What else could you expect when you replace a boiled-peanuts president with one who’s all about jellybeans? Me First and the Gimme-Gimmes.

Well, now we have Republicans – one of them, at least – embracing what might in a facile sense be regarded as a bad thing, or at least something less than good, as a positive. In a column headlined “Hillary: The Conservative Hope,” Bret Stephens declared:

For conservatives, a Democratic victory in November means the loss of another election, with all the policy reversals that entails. That may be dispiriting, but elections will come again. A Trump presidency means losing the Republican Party. Conservatives need to accept that most conservative of wisdoms—sometimes, losing is winning, especially when it offers an education in the importance of political hygiene.

He may call it the “most conservative of wisdoms,” but I’ve seen little evidence of that among those who have called themselves conservatives (although they often are not) for the past generation or so. What we’ve seen lately has been more of the “Crush your enemies. See them driven before you. Hear the lamentations of their women” variety…. 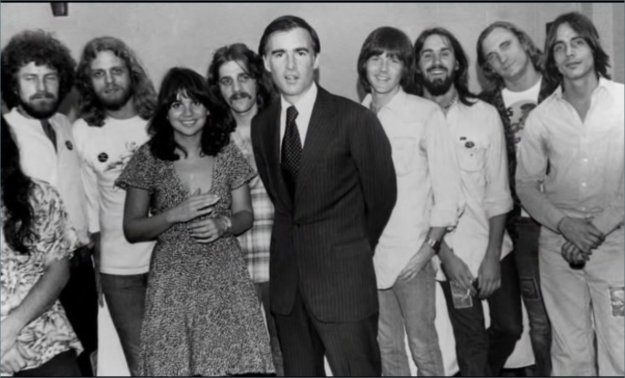 On the other hand, remember when Jerry Brown had hair, and a hot girlfriend? Sometimes more was more.

8 thoughts on “Losing is winning: A conservative embraces ironic contradiction”