I experienced a shock yesterday. I stepped on my bathroom scale, and it read 187.0.

Yeah, I was fully dressed, including a sport coat, wallet, keys, iPhone and very heavy shoes. But still. Almost 190 pounds? I’ve never come close to that before, and I’ve been weighed at doctor’s offices while similarly burdened many times.

That weight will seem like nothing to you if you’re built for it — saying if you’re a tall, big-boned guy like Doug.

This is unfair. I did not earn these additional pounds, most of which are gathered around my middle, making it very difficult for me to perform such everyday tasks as, say, wearing pants.

I put on about 10 of them when I took two courses of prednisone trying to get rid of poison ivy earlier in the spring. Then, for the first time in years (and I suspect there’s a connection here), I started having trouble with my asthma. I’ve had to switch medications, and haven’t fully stabilized yet — which means I haven’t been working out.

If the added weight IS contributing to my breathing trouble, that’s a vicious cycle. I really need the exercise to drop the pounds; changing diet alone won’t do it. 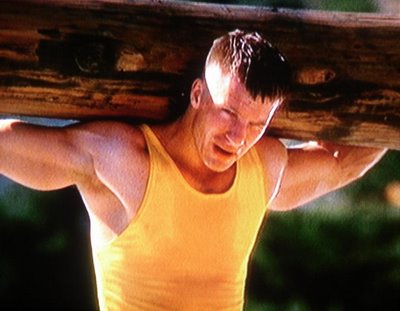 Shute, the undefeated state champ at 168.

But I’ve been doing better with my breathing the last couple of days, and so it may be time to begin the push toward a normal weight. Full paleo, of course, and at least 40 minutes a day on the elliptical — that should do it.

The goal, as always with me, will be to get under 168 so I can wrestle Shute, should the opportunity arise. “Vision Quest” speaks to me, as a former (undistinguished) high school wrestler.

If you see someone sprinting across the Gervais Street bridge in a rubber suit with Red Ryder’s “Lunatic Fringe” playing in the background, that will be me. (Actually, I think it was John Waite’s “Change” in that scene — see 1:22 on the clip — but people remember the other song better, so…) 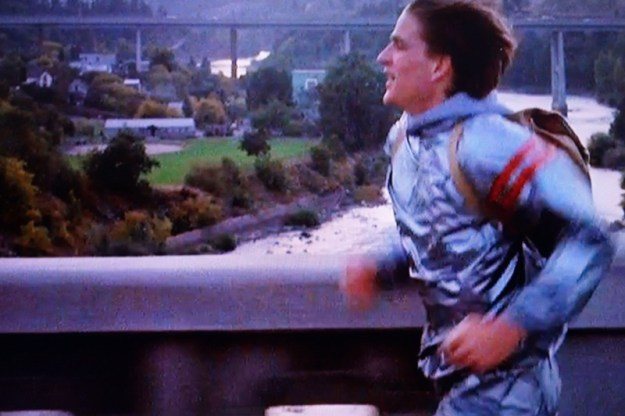