The State Department’s independent watchdog has issued a highly critical analysis of Hillary Clinton’s email practices while running the department, concluding that she failed to seek legal approval for her use of a private email server and that department staff would not have given its blessing because of the “security risks in doing so.” 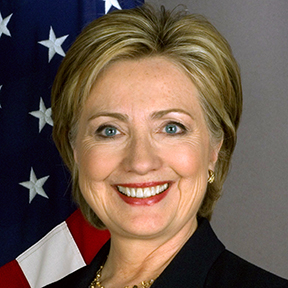 The inspector general, in a long awaited review obtained Wednesday by The Washington Post in advance of its publication, found that Clinton’s use of private email for public business was “not an appropriate method” of preserving documents and that her practices failed to comply with department policies meant to ensure that federal record laws are followed.

The report says Clinton, who is the Democratic presidential front-runner, should have printed and saved her emails during her four years in office or surrendered her work-related correspondence immediately upon stepping down in February 2013. Instead, Clinton provided those records in December 2014, nearly two years after leaving office….

There’s further stuff supporting that “sharply critical” language in the headline. But there are also findings that support the Clinton campaign’s claim that she did nothing unusual. Colin Powell comes in for some sharp criticism himself:

It was particularly critical of former secretary of state Colin Powell — who has acknowledged publicly that he used a personal email account to conduct business — concluding that he too failed to follow department policy designed to comply with public-record laws….

Which, of course, doesn’t make it right, boss. But it does mean Secretary Clinton wasn’t acting outside of the norm.

So what I want to know is, is this as bad as it gets? If so, this seems survivable — “not an appropriate method” is tepid stuff. Sounds kind of like Well, it wasn’t the best way, but…

Or is there worse stuff to come, stuff that will cripple her as a candidate? If there is, I wish it would hurry so that the Democrats will have time to replace her with someone who can win. Because Trump must be stopped….

26 thoughts on “Please just tell us: Is this as bad as it gets on Hillary’s emails?”