This piece, in The Washington Post this morning, is eminently worth reading. The headline is “This is how fascism comes to America.”

We’ve see the term “fascist” applied to Donald Trump and his supporters before now, but Robert Kagan explains quite clearly why that is not mere hyperbole. Fascist movements tend to be light on policy specifics and more about the personality around which they coalesce. They are less about what they are for, and more about what (and who) they are against.

The situation in which we find ourselves keeps reminding me of the title, if not the substance, of a Hemingway short story, “A Way You’ll Never Be.” The current state of our nation’s politics seems more suited to other countries and other times, not to us. And yet here we are, the way we never thought we would be.

An excerpt from the Kagan piece:

But of course the entire Trump phenomenon has nothing to do with policy or ideology. It has nothing to do with the Republican Party, either, except in its historic role as incubator of this singular threat to our democracy. Trump has transcended the party that produced him. His growing army of supporters no longer cares about the party. Because it did not immediately and fully embrace Trump, because a dwindling number of its political and intellectual leaders still resist him, the party is regarded with suspicion and even hostility by his followers. Their allegiance is to him and him alone. 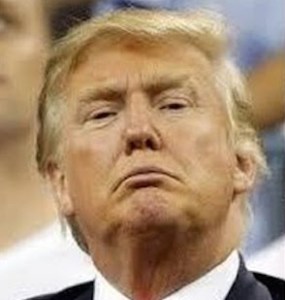 And the source of allegiance? We’re supposed to believe that Trump’s support stems from economic stagnation or dislocation. Maybe some of it does. But what Trump offers his followers are not economic remedies — his proposals change daily. What he offers is an attitude, an aura of crude strength and machismo, a boasting disrespect for the niceties of the democratic culture that he claims, and his followers believe, has produced national weakness and incompetence. His incoherent and contradictory utterances have one thing in common: They provoke and play on feelings of resentment and disdain, intermingled with bits of fear, hatred and anger. His public discourse consists of attacking or ridiculing a wide range of “others” — Muslims, Hispanics, women, Chinese, Mexicans, Europeans, Arabs, immigrants, refugees — whom he depicts either as threats or as objects of derision. His program, such as it is, consists chiefly of promises to get tough with foreigners and people of nonwhite complexion. He will deport them, bar them, get them to knuckle under, make them pay up or make them shut up.

That this tough-guy, get-mad-and-get-even approach has gained him an increasingly large and enthusiastic following has probably surprised Trump as much as it has everyone else. Trump himself is simply and quite literally an egomaniac. But the phenomenon he has created and now leads has become something larger than him, and something far more dangerous….

You should go read the whole piece. Share it with others. It’s important that everyone, or as many people who are able, understand what is going on, and that it has nothing to do with Republicans and Democrats and the usual games they play. This is serious.

3 thoughts on “Recommended: Kagan on ‘how fascism comes to America’”