The Brexit rhetoric just heated up a notch. From The Guardian:

David Cameron and his Remain colleagues have repeatedly been accused of scaremongering. Recession, rising unemployment, rising prices, rising interest rates, falling house prices, further rise of international conflict (although not necessarily “world war three”, which was Boris Johnson’s parody) – there seems to be no end to the list of negative consequences from Brexit that Cameron has been warning people about.

But Donald Tusk, president of the European council, has gone much further. If Britain leaves the EU, that could eventually end up with the downfall of Western civilisation, he says.

He made the comment in an interview with the German newspaper Bild. Some extracts were released yesterday, but the full article became available today.

Reuters has written it up as a story. Here’s the key quote from Tusk.

Why is it so dangerous? Because no one can foresee what the long-term consequences would be. As a historian I fear that Brexit could be the beginning of the destruction of not only the EU but also of western political civilization in its entirety.

I must confess that unlike that Polish cove (and yes, I realize my grasp of British slang is a bit outdated), I have not yet made up my mind — even though it’s a huge issue involving a country I love. 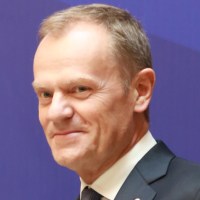 On the one hand, I don’t like people on the continent telling the British people how to live — Bonaparte tried that, until Nelson and Wellington sorted him out. Emotionally, I dislike anything that might make Britain even marginally less British. Tell them, Professor.

On the other, we have establishment figures (and y’all know how I love me some Establishment) from President Obama to PM Cameron, coming out against it — although I found our president’s threat that Britain would go to the back of the queue on trade deals unconvincing. Lindsey Graham and Democrat Jeanne Shaheen, they say the same, on collective security grounds.

But I’m still unsure which side to root for. You?