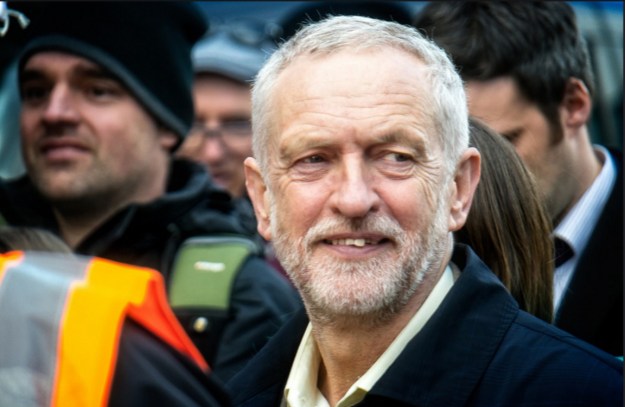 Writing about George Will’s column about Paul Ryan and Donald Trump earlier this week reminded me of a recent piece he did while in England writing about Brexit. The column I have in mind consisted mostly of marveling at what a total flake Jeremy Corbyn, the current leader of the Labour Party, is.

That year, Corbyn was elected to the House of Commons. He spent his next 32 years opposing the monarchy; writing columns for a communist newspaper; expressing admiration for Hugo Chávez, whose socialism propelled Venezuela toward today’s chaos; proposing that taxpayers should be permitted to opt out of paying for Britain’s army; advocating that Britain leave NATO and unilaterally scrap its nuclear deterrent; blaming NATO, meaning the United States, for Vladimir Putin’s war against Ukraine; calling the terrorist groups Hamas and Hezbollah “friends”; appearing with and funding Holocaust deniers and other anti-Semites; criticizing China’s Communist regime for deviationism in accepting some free markets; demanding that Tony Blair, the only Labour leader since 1976 to win a general election (three of them), be tried as a war criminal (for supporting the Iraq War); praising Iraqi insurgents killing Americans; and calling the killing of Osama bin Laden a “tragedy.” Along the way, Corbyn got divorced because his wife insisted on sending their eldest son to a selective school whose admissions policy recognized merit.

Last September, in a Labour Party process in which an intense fraction of 1 percent of the British electorate participated — a cohort intensely interested in things other than winning the next election — Corbyn was elected party leader with 59.5 percent of the vote in a four-way contest. He promptly named as shadow chancellor of the exchequer a former union official who lists in “Who’s Who” his hobby as “fomenting the overthrow of capitalism,” who says he was joking when he said that if he could relive the 1980s he would have assassinated Thatcher but who was serious when he praised IRA terrorist bombers. Corbyn’s shadow farming minister, a vegan, says, “Meat should be treated in exactly the same way as tobacco, with public campaigns to stop people eating it.” Corbyn, appearing with unmatched jacket and trousers and with his tie loosened at a St. Paul’s Cathedral service commemorating the Royal Air Force’s heroism in the Battle of Britain, refused to sing the national anthem.

Wow. Practically makes Bernie Sanders look like a moderate member of the Establishment — and a natty dresser to boot.

Actually, Will saw more of a comparison to Trump, as noted in his lede:

Misery loves company, so refugees from America’s Republican Party should understand that theirs is not the only party that has chosen a leader who confirms caricatures of it while repudiating its purposes.Jeremy Corbyn, the silliest leader in the British Labour Party’s 116-year history, might kill satire as well as whatever remains of socialism….

But what he writes about Corbyn highlights how far into extremism Labour has fallen since my man Tony Blair’s day.

Which brings me to an editorial today in The Wall Street Journal, “The Clinton Restoration.” The editors stress how far away from her husband’s and Blair’s Third Way politics Hillary Clinton has moved.

Some of that is true, and I blame Bernie Sanders, Elizabeth Warren and their admirers in the party. But aside from all the Identity Politics stuff (it’s been less than two days, and I’m already tired of hearing how “historic” her nomination is), I still think Hillary’s heart is more centrist than that — and she can be downright hawkish when it comes to national and collective security.

The WSJ editors sort of acknowledge that when they grudgingly grant that “We have some hope that she would come around to support the Pacific trade deal.” I hope so, too; and if they think it’s possible, I’m even more encouraged.

This is going to be a tough few months for that editorial board. To their minds, Hillary Clinton presents such a huge, inviting target. And yet they know what a disaster Donald Trump is, and would be…

24 thoughts on “By comparison, Bernie is practically a moderate”