And it’s getting lede treatment by The Guardian, in keeping with that newspaper’s fascination with us barbarous Americans with our guns and capital punishment.

The five are profiled in a new report from Harvard Law School’s Fair Punishment Project. Titled America’s Top Five Deadliest Prosecutors, the report highlights the lion-sized role in the modern death penalty of just four men and one woman. 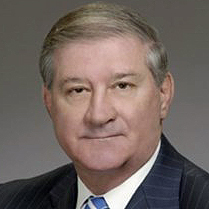 Myers is the only one of the five who is still in office, with plans to retire at the end of the year. The lawyer, the one with the electric chair paperweight on his desk, did not respond to the Guardian’s questions about his inclusion in the top five club of deadliest prosecutors.

He achieved 39 death sentences in the course of his 38 years in practice but labored under a 46% rate of misconduct that was later discovered. Six of his death sentences were overturned due to problems in the way he had secured a capital sentence – often involving discriminatory exclusions of jurors based on race.

The report notes that Myers once rolled a baby’s crib draped in black cloth in front of a capital jury and, crying profusely, told them that a failure to return a death sentence would be like declaring “open season on babies in Lexington County”. In another death penalty case, he referred to the black defendant as “King Kong”, a “monster”, “caveman” and “beast of burden”….

Myers, of course, will be replaced by former deputy Rick Hubbard, after Hubbard’s victory in Tuesday’s primary.

Here’s part of what Cindi wrote about Hubbard in The State‘s endorsement of him:

Mr. Hubbard doesn’t speak ill of his former boss, but he does acknowledge that there have been problems in the office. He does note that he does not share Mr. Myers’ “old-school style of doing things.” And he makes a convincing case that he would represent a clean break….

Mr. Hubbard also seems to have the deepest appreciation of the three of the moral duty of a prosecutor to seek justice regardless of public opinion, and to seek justice even when that means losing a case. As he put it, “A prosecutor’s job is to do the right thing and to do it for the right reason.” After 40 years of a win-at-any-cost solicitor, the people in Lexington, Edgefield, McCormick and Saluda counties deserve a prosecutor who is deeply committed to putting justice first, always, and who has the experience and expertise to deliver that justice in a steady, reliable way….