I went to bed last night fairly certain that Britain would soon be out of the E.U., after a couple of hours of being buffeted back and forth by SkyNews — Newcastle says leave, Liverpool says stay, Edinburgh stay, Manchester stay, Birmingham leave — and watching the numbers creep, like a tide going out, from slightly in favor of remain to increasingly for leave.

But I wasn’t quite prepared for the barrage of dismal tidings when I first looked at my phone this morning: 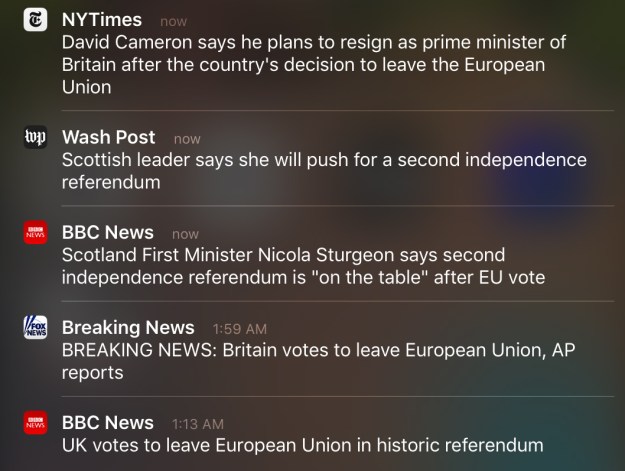 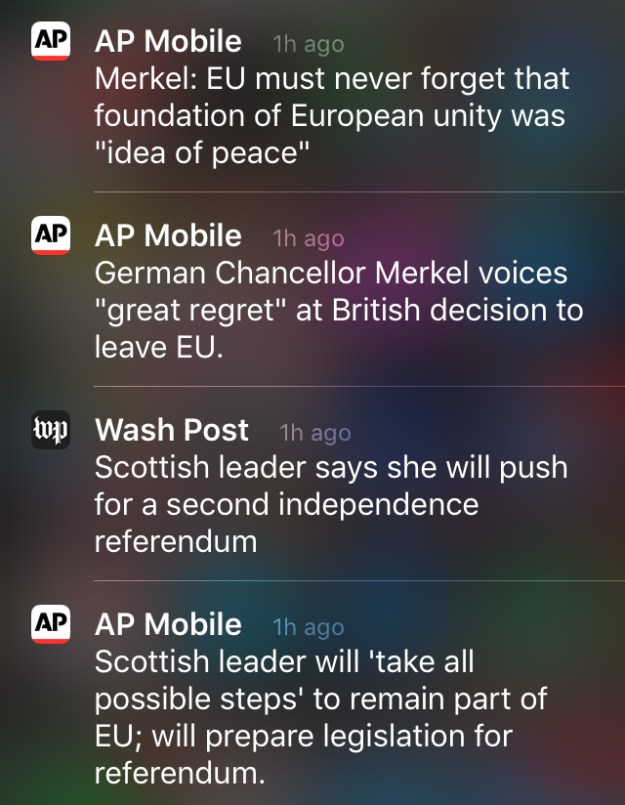 And then, a bit later:

What a barrage. And as if that weren’t enough, in case we were still unsure this was bad news, we had Donald Trump assuring us that Brexit was “a great thing.”

I started imagining what the map of Britain would look like in the future. England and Wales and maybe, way off to the upper left, Northern Ireland…

I found myself almost immediately wondering how much worse it could get. We know Boris Johnson is poised to take Cameron’s place. But… what if the Tories lose control, and there’s an election that puts that leftist lunatic Jeremy Corbyn in No. 10?

25 thoughts on “Forboding headlines from our Mother Country”