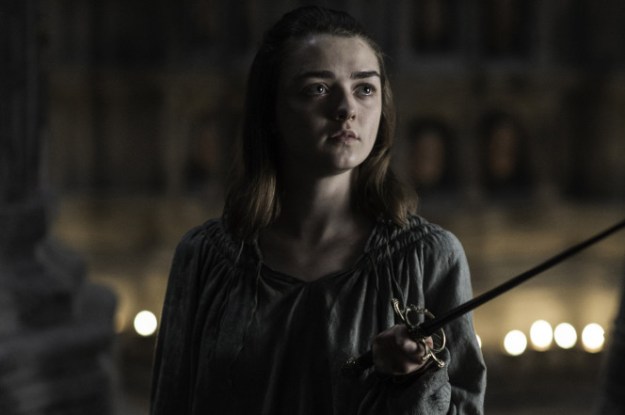 A girl sees that a man failed to pay the light bill again. A girl is out of here…

Lots of websites, including some run by respectable newspapers (how respectable? in one case, so respectable that Donald Trump has banned it from his campaign), drive traffic by posting weekly recaps of “Game of Thrones.”

Any interest in that here? After all, I stayed up too late a couple of nights ago to catch up on it, and I hate for that lost sleep to count for naught.

I was glad to see that Arya woke up and decided that, after all, she does have a name. Jaqen H’ghar had been one of my favorite characters, based mostly on his idiosyncratic speech habits. But at some point, damn, girl — it’s time to realize you’ve had enough, head home and use some of your new assassin skills on Ramsay Bolton, or someone else who richly deserves it.

OK, so the Khaleesi’s back home. But is anyone besides me tired of waiting for her to actually get it together and head for Westeros? Enough stilted, grandiose talk! Get with the program or put your dragons out to pasture!

As to the scene with the fugitive Ironborn heirs in the brothel (poor Theon!)… Anybody besides me wonder how they cast a scene like that? Do they place an ad asking for “beautiful young women with shapely boobs; no skills required?” Hollywood is a ever-weirder place as we descend further into cultural decadence.

Take a good look at Jon Snow, with his perpetual petulant, worried, put-upon expression. He looks like a boy-band member who didn’t get his bowlful of red M&Ms. Would you follow this guy to almost-certain doom? Neither would most of the noble houses of the North. When Sansa, habitual victim, comes across as the stronger sibling, House Stark is in trouble.

Finally, is Winter ever going to come? There’s a whole army of zombies up there north of the Wall, and did we get to see any this week? No.

Personally, unlike all those fanboys out there, I’d like to see all this get wrapped up…. 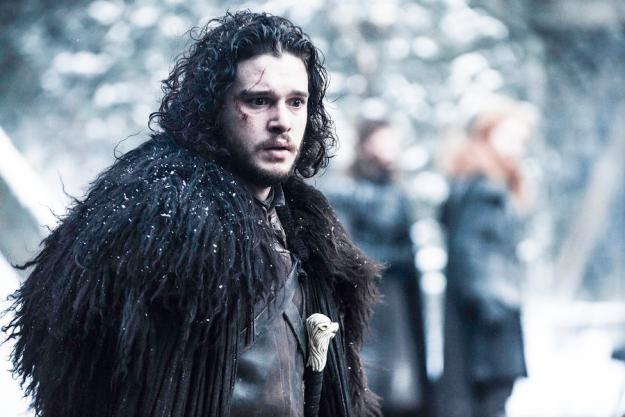 Seriously, does this face inspire confidence? Do you want to follow it into battle?

13 thoughts on “Game of Thrones: A girl tells a man where he can get off”