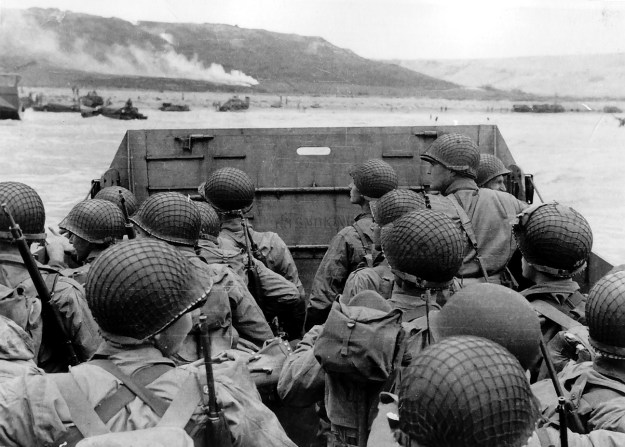 I don’t have anything new to say about it at the moment, but I thought I’d take note of the date.

Today was the day that the United States, Great Britain, Canada and our other allies put 175,000 men onto a hostile shore. Field Marshal Erwin Rommel had done everything he could to keep them off of it, and to ensure that if they did land, they would die.

But we managed it anyway. Or rather, our forebears did.

Who were these guys we sent to do this thing? One of the most interesting paragraphs in Stephen Ambrose’s book about the invasion is this one: 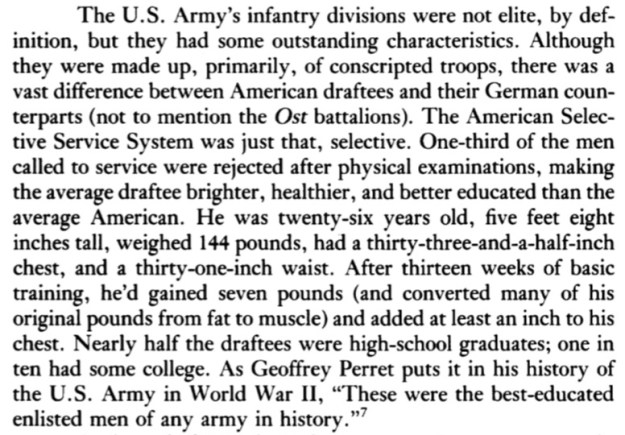 Look at this one sentence again: “He was twenty-six years old, five feet eight inches tall, weighed 144 pounds, had a thirty-three-and-a-half-inch chest, and a thirty-one-inch waist.”

These were little guys! Even after they’d bulked up, their chests were 34.5 inches! Today they’d have to go to the boys’ department to buy a sport coat.

But they got the job done. 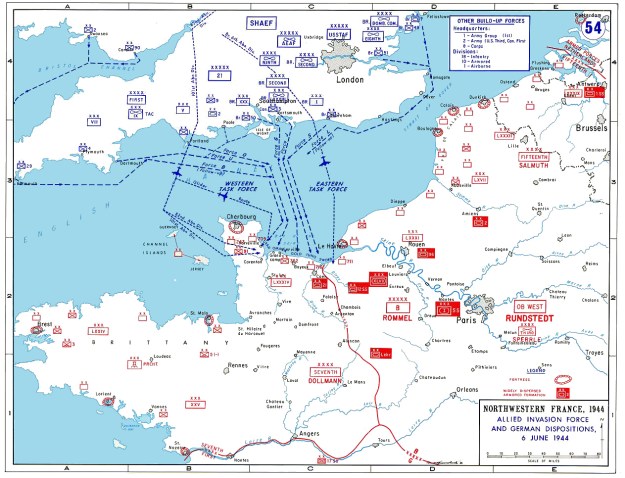