I got this comment over the weekend from James Flowers, Leon Lott’s opponent for the Democratic nomination for Richland County sheriff:

Brad Warthen. You should have reached out to me before writing this article so that you would have actual facts instead of what is written in this article by the civil attorney. First of all, as a SLED agent we investigate CRIMINAL actions. This was a CIVIL deposition. My only purpose is to gather the facts and provide them to the 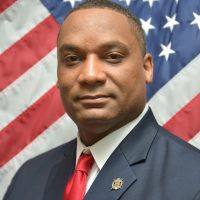 Solicitor. What you obviously don’t know is that the Solicitor’s office, the FBI, and the US Attorney’s office reviewed my report and had ZERO issues with the work. The Solicitor’s office made the determination that there was no criminal action on the part of the law enforcement officers not Me or SLED. Also, when 3 certified law enforcement officers that are serving 2 valid warrants have any sort of weapon pointed at them, they should by all means respond with deadly force. A real law enforcement leader stands behind and supports law enforcement officers 100% when they are right. Even if he has to be arrogant to do it. This article is nothing more than a hit piece orchestrated by an overzealous civil attorney who has a different legal standard than law enforcement does in reviewing shootings. I also noticed that you didn’t mention the unflattering second article about your friend Lott. So please do some due diligence prior to your next blog. Thank you. James Flowers.

As it happens, the last person to get on my case for not having contacted him before posting something was… Leon Lott. And he kind of had a point, from his perspective, since the point of the post he called about was to wonder aloud why the sheriff hadn’t done a certain thing. Turns out that he had an answer to the question that he wanted to share.

I will always, always be on the defensive when people say I should have contacted them before posting something. But here’s the thing, folks: This is  a commentary blog, not a primary news source. I read things, and I react to them. And invite you to react to my reactions. On the rare occasions that I have time to go out and cover an event myself, I do so. Look back — you’ll see that’s my M.O. It’s not optimal; I wish I could afford to blog full-time. But WYSIWYG.

As it is, I don’t find time to comment on as many things as I’d like to — not even close to it. I’m very straightforward with you about the basis of my comments, so you can look at what I’m looking at and challenge my conclusions. And your comments, like Mr. Flowers’, get posted as well.

In this case, I spent way more time than I usually spend on a single post because it took so long for me to read that 7,000-word Washington Post article on which it was based. As I said, I’d read that one story and the fourth piece from the series by Radley Balko (more accurately, I skimmed the fourth piece). Now that Mr. Flowers has said Lott looks bad in the second installment of the series, I’ll go read that, and share what I find. I probably won’t have time to read the third piece today, but if you get there ahead of me, please share what you find.

Oh, and I don’t plan to call Leon before sharing what I find in that second installment. The story says what it says, and that’s what I’ll be reacting to — as per usual.

Although if I can find the time later, this subject is interesting enough that I might go above and beyond (in other words, take the kind of time I did back when I got paid to do this) and give both Lott and Flowers a call. But it remains to be seen whether that will be possible between now and next Tuesday’s primary.

Maybe some of my colleagues out there in the community who still get paid to do such reporting will get to it ahead of me. Let’s hope so.

Anyway, I welcome Mr. Flowers to the conversation.

14 thoughts on “Response to Post series from James Flowers”