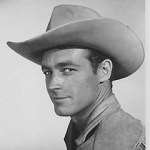 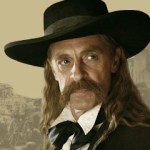 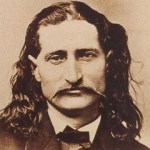 With all the talk about guns in the wake of the Orlando massacre, we got to talking on an earlier thread about the role of firearms in American history, which started me (as a child of the ’50s, who felt naked without a toy six-gun on my hip) to start riffing on that peculiarly American art form, the Western, and how it has evolved.

I, and others my age, grew up on unrealistic westerns in which every man went around with a gun in a holster, except for wusses such as shopkeepers or bankers. I’m pretty sure that is an exaggeration, and I suspect that people who went obviously armed were probably looked at askance by the townspeople, although it may have seemed marginally less bizarre than it would today on Gervais Street.

Just as gunfights were nothing like the ritualized affairs we know from movies, with two men approaching down the dusty street, pausing with their hands hovering over their holsters, scrupulously waiting for the other guy to go for his gun before drawing.

Gunfights such as the one at the OK Corral were wild, confused affairs more akin to what happened at that video game storethe other day…

I’m belatedly watching “Deadwood.” I’m not binge-watching because, as one whose ancestors stuck to Civilization — by which I mean the East Coast — I can only take so much profanity, filth, crudeness, naked avarice and utter disregard for common decency at a time. (As much as it would scandalize my 6-year-old self, I have come to suspect as an adult that had I lived back then, I likely would have been a “dude.” Which wasn’t as cool back then as it sounds today.) Thirty seconds with the “Deadwood” character Al Swearengen (based on a real guy) can make you want to write off the human race as beyond redemption. At the very least, it should persuade a discriminating person to give the Wild West a wide berth. 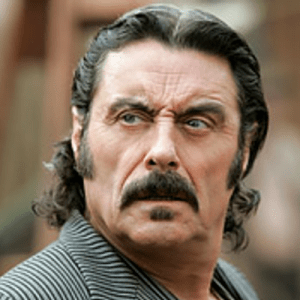 I would not want to live in the same territory as this guy.

Anyway, I’m in the first season, and in the last episode the death of Wild Bill Hickok was depicted — VERY realistically, with him being shot in the back without warning while playing poker.

Such realism is preferable, I suppose. And the clean-cut, 1950s-style western was ridiculous (compare above the guy who played Hickok on TV when I was a little kid and it was my favorite show, the version from Deadwood and the real guy).

Although enough of “Deadwood” and you can start to long, at least a little, for the Disneyland version, with the good guys in spotless white hats.

Or at least for characters you give a doggone about. So far the only relatively likeable person on this series is Calamity Jane, and you don’t want your kids in the room when she’s talking.

Bottom line, I’m sure something like everything you see on “Deadwood” actually happened at one time or other in the Old West. But not distilled to this extent, not as unrelenting with the soul-wearing nastiness. Just like, unlike on cop shows, real cops can easily go their whole careers without discharging a firearm in the line of duty.

Surely they had to let up and give it a rest sometime — go through a day with a killing, or maybe speak two sentences in a row without an F-bomb, just to give their profanity mills a rest.

Or else it seems that after a couple of days, they’d get exhausted with it all and skeddadle back East. I know I would have.

Quick: Whose catchphrase was, “Hey, Wild Bill! Wait for me!” The answer is below…

11 thoughts on “Sometimes ‘realism’ is taken to unreal lengths”