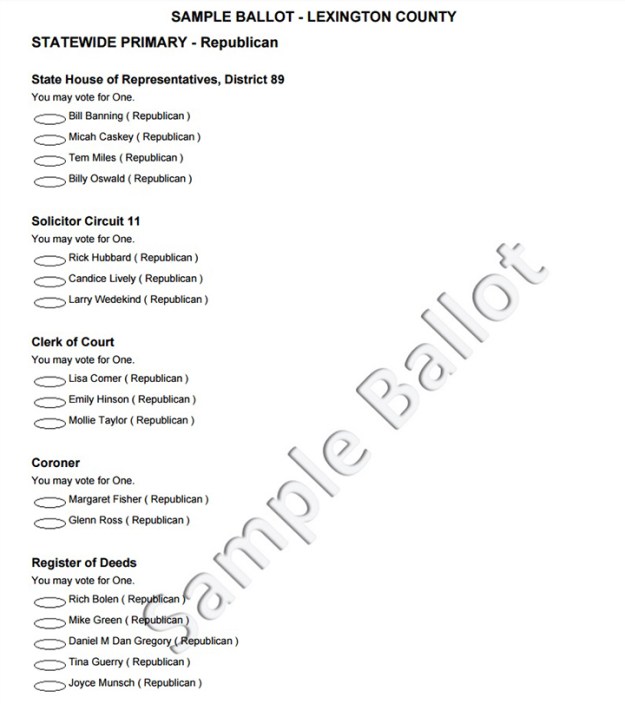 On that last post, Jeff Mobley weighed in thoughtfully, and mentioned that you can go view a sample ballot for your polling place at SCVotes.org.

So I went and did that, in order to illustrate the difference between choosing a Democratic or Republican primary ballot in my precinct, Quail Hollow.

As you can see above, I get to make some significant electoral decisions if I choose a Republican ballot. As you see below, all I’d get to do on a Democratic ballot is choose who is going to lose to Joe Wilson in the fall.

For some loyal Democrats, that is enough, as my longtime colleague Rick Temple suggested on Facebook:

This is a good year for Lexington County Democrats to vote in the their party’s primary because of the 2nd Congressional District race. One of the candidates, Arik Bjorn, is actually a Democrat. The other, Phil Black, is a Republican who has admitted he is running as a Democrat because he knows he has no chance against Joe Wilson in the Republican primary.

The ephemeral abstract rewards of such a quixotic gesture, however, escape me, in part because I don’t care who is a real Democrat and who is not, but mostly because neither of them will be going to Congress.

That makes the decision very easy.

If you live in Richland County, of course, you likely have the opposite situation, and should choose a Democratic ballot tomorrow, as our Republican friend Jeff plans to do… 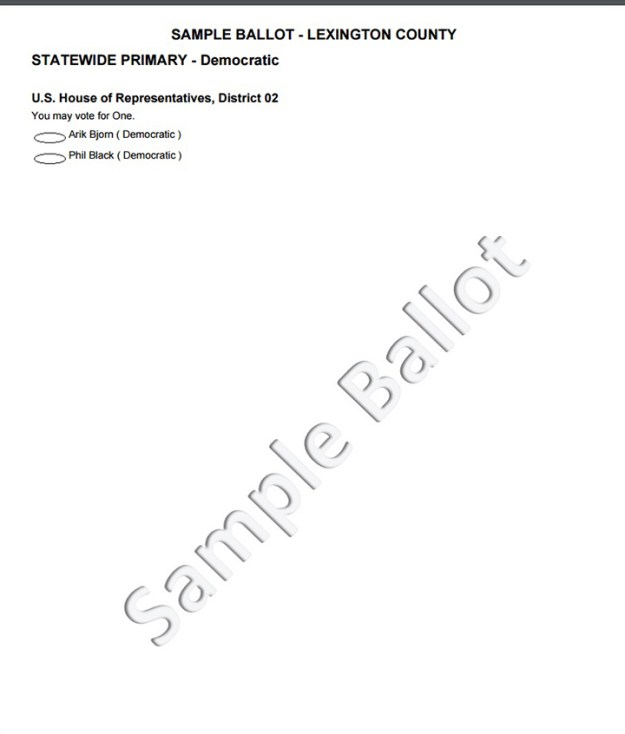 17 thoughts on “The difference between voting Republican or Democratic in my precinct (and yours, if you’d like to look it up)”