A friend just brought this to my attention: 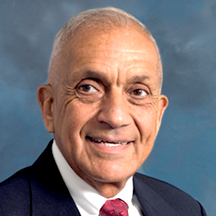 Sheheen was the older brother to Bob Sheheen, D-Kershaw, former speaker of the S.C. House of Representatives….

I’m just stunned to hear this.

I knew and respected Fred — and his brother Bob, the House Speaker when I first arrived in SC — long before I ever heard of Vincent.

As head of the CHE, Fred was the kind of public official that even Doug Ross would have appreciated. One of the stranger things about our fragmented system of government in South Carolina is our huge profusion of public colleges and universities, each governed by its separate, autonomous board of trustees. We have no board of regents or other central authority to decide how best to allocate higher education resources and to prevent duplication of effort.

The CHE had limited ability to say “no” to what the universities wanted to do, but where it did have that power, Fred exercised it to the utmost. He didn’t just say “no” when schools wanted to duplicate efforts or waste resources; he said “HELL no!”

Which didn’t make him the most popular guy in the state, but he certainly won my respect.

This is just terrible news, for the Sheheens and for South Carolina…

3 thoughts on “The shocking, tragic news about Fred Sheheen”