Actually, that’s a bit of an understatement. It raises loud alarms.

I regret that I failed to read any of this series from The Washington Post until our own Jeff Mobley brought it to my attention. I remember seeing a rather lurid headline about law enforcement in SC, noting that the story was very long (more than 7,000 words) and meaning to go back and read it later. I never did.

Basically, the series reports that while South Carolina has looked pretty good for investigating officer-involved shootings in the last couple of years, those few cases don’t tell the whole story by a long shot. In fact, this series suggests that our system of having such shootings investigated by SLED (everywhere but in Richland County) looks good in theory, in practice it falls far short of providing a credible check on police.

The series begins with the horrific story of the death of Lori Jean Ellis, a 52-year-old black woman, at the hands of cops in 2008.

There was a lot in police accounts of her killing to raise questions, but none more dramatic than the weapon with which she was supposed to have fired at the officers before they fired back with deadly effect. They reported see a flash and smoke from a weapon that, based on its loud report, could only have been a high-powered rifle.

It was a pellet gun. Which means, for those not hip to such things, that it would not produce smoke, a flash or a bang. And it’s not entirely clear that she fired it at them, or even aimed it at them.

And yet the officers were never questioned about this discrepancy, a lapse that this report suggests is all too common in SLED investigations.

You might think Richland County Sheriff Leon Lott would come out looking pretty bad in these reports, since his department doesn’t even go in for the window-dressing (at least, these reports suggest it’s only window-dressing) of SLED investigations, preferring to handle such shootings internally.

But, at least in the two installments I’ve read so far, is not the case. In fact, in one case, he comes out looking better than others — as the only officer who spoke to the journalist who wrote the series, Radley Balko. (Although his comments dismissing the need for outside investigations didn’t inspire confidence.)

On the other hand, his opponent in this month’s primary looks pretty horrible.

James Flowers was the lead SLED investigator in the shooting of Lori Jean Ellis. And he showed a shocking lack of concern over the discrepancies in the officers’ account. From his deposition in a lawsuit brought by the estate of Ms. Ellis:

Phillips: So did anything prevent you, from the moment that you found out it was a mere BB gun, to say, “I want to go back and talk to this deputy . . .”

Flowers: Nothing prevented me from doing that. 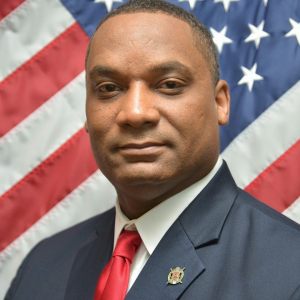 Phillips: Okay. Why didn’t you go back?

Flowers: Because I didn’t feel it necessary.

Phillips: So someone telling you something that you’ve never seen before, that doesn’t compel you to maybe follow up?

Phillips:  . . . so if I tell you something that can’t physically happen, you’re just going to take my word for it?

Flowers: See, here’s the thing. As the lead investigator for the state’s premiere law enforcement agency, it is my responsibility to put this case together. After looking at this information, I deemed that it was not necessary to interview that officer again. And that was the decision that I made….

As a police expert interviewed for the series notes,

““The arrogance here is stunning,” Downing says. “This response either reveals Flowers’s incompetence or his bias. Either way, he should not be conducting investigations of officer-involved shootings.”

You should go read the whole thing, or at least that first installment. It’s disturbing.

By the way, there are mentions in the series about legislation to make changes to such procedures in S.C. I’m unclear as I write this as to what happened to that legislation in the session that ended yesterday…