Here’s how complicated the world is, how it resists pat explanations…

Every other pundit in the Anglosphere is writing about how Brexit is the result of the same political forces that gave us Trump. It’s widely accepted as axiomatic.

Meanwhile, George F. Will is writing about how wonderful, how salutary, Brexit is, calling it “Britain’s welcome revival of nationhood.”

And yet George Will has staged his own exit — from the Republican Party. Over Trump:

Conservative columnist George Will has left the Republican Party over its presumptive nomination of Donald Trump. 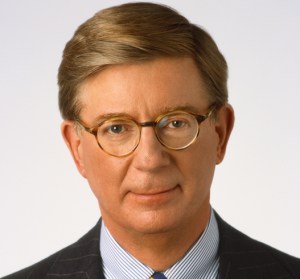 Will, who writes a column for The Washington Post, spoke about his decision Friday at an event for the Federalist Society in Washington.

“This is not my party,” he told the audience, the news site PJ Media first reported.

Speaking with The Post, Will said that he changed his voter registration from “Republican” to “unaffiliated” several weeks ago, the day after House Speaker Paul D. Ryan (R-Wis.) endorsed Trump.

Will did not say which presidential candidate he will be supporting instead….

He added that it was too late for the GOP to nominate someone other than Trump. Instead, he said, Republican voters should just “make sure he loses,” then “grit their teeth for four years and win the White House.”