Sorry. I couldn’t resist. As much as I fondly regard Jimmy Carter, the setup proved irresistible:

To curb prostitution, punish those who buy sex rather than those who sell it

By Jimmy Carter May 31

Jimmy Carter, the 39th president of the United States, is founder of the nonprofit Carter Center.

It is disturbing that some human rights and public health organizations are advocating the full legalization of the sex trade, including its most abusive aspects. I agree with Amnesty International, UNAIDS and other groups that say that those who sell sex acts should not be arrested or prosecuted, but I cannot support proposals to decriminalize buyers and pimps.

Some assert that this “profession” can be empowering and that legalizing and regulating all aspects of prostitution will mitigate the harm that accompanies it. But I cannot accept a policy prescription that codifies such a pernicious form of violence against women. Normalizing the act of buying sex also debases men by assuming that they are entitled to access women’s bodies for sexual gratification. If paying for sex is normalized, then every young boy will learn that women and girls are commodities to be bought and sold….

Makes sense to me, although I think human behavior is a bit more complicated than that. “John and pimp bad; prostitute innocent victim” is a formula that works much of the time, but it’s not always perfect. Still, an approach that gets women out of situations in which they see no alternative to selling their bodies is a good start.

As for the joke in the headline: Jimmy was right. In the licentious ’70s it was fashionable to mock him, but he was right. Rather than turning up his nose at the Playboy interview, he refused to be holier-than-thou, saying we’re all sinners, him included. And what better venue than a publication whose business model was entirely based on its readers looking and lusting? 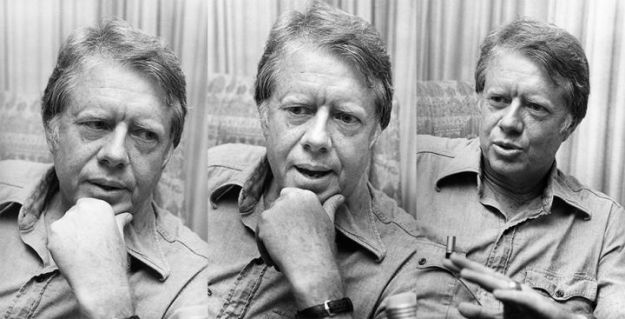 12 thoughts on “What about those of us who just lust in our hearts?”