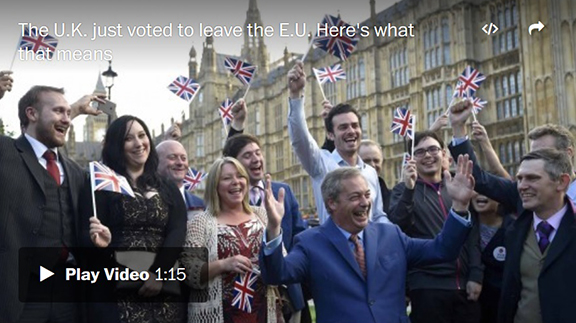 I keep seeing images of Nigel Farage and other fans of Brexit celebrating their win by waving the Union Jack.

Which is really ironic, and seems to indicate a lack of thinking things through on their part. Which, under the circumstances, isn’t terribly surprising.

Already, Scotland — which voted strongly to remain in the E.U. — is girding itself for another vote for independence, and this time it seems likely that they’ll succeed in seceding.

As I Tweeted in the midst of it all last night:

The Royal Navy should get busy moving those missile subs south…

And that, of course, would mean the end of the Union Jack. Right? I mean, how could you keep the St. Andrew’s Cross after that? 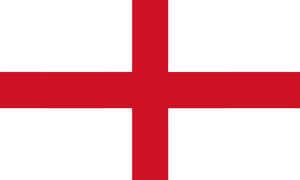 For those who haven’t paid attention the last few centuries, the Union Jack represents the union of England and Scotland, hence the combination of the St. George’s and St. Andrew’s crosses.

True, I’m no expert on heraldry or anything. Maybe an independent Scotland would still be part of the Queen’s realm, and she could still fly the Union flag when she’s in residence at her palace.

But still… that’s a rather empty sort of union these days, isn’t it?

Here’s the flag they should be waving, since this is what they voted for. Not quite as satisfying to look at, is it? 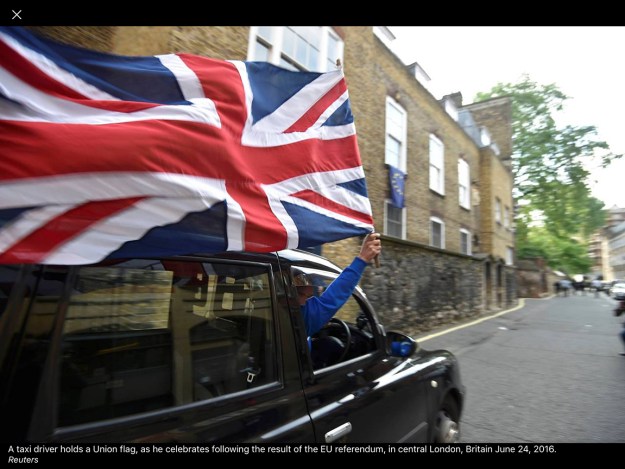 9 thoughts on “Why do Brexit fans wave Union Jack in celebration, when they just voted to do away with it?”