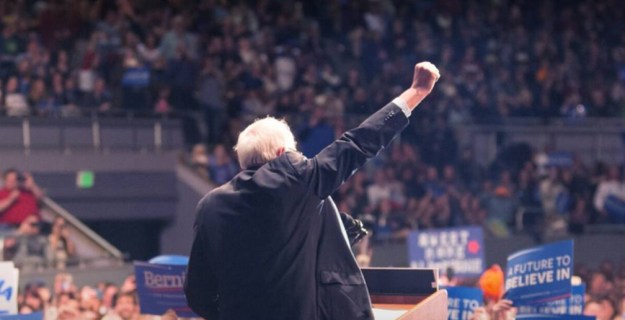 I doubt it. What we’ve seen up to now doesn’t point to that.

Sure, we’ve seen plenty of tough primary races in the past, followed by the losers lining up loyally behind the nominee for the general election. Hillary Clinton is the model for that. After hanging on, fighting Barack Obama every inch of the way for longer than seemed (to me, at the time) reasonable, she got with the program and followed him faithfully, with the proverbial salute stapled to her forehead.

But there is nothing normal about this situation, starting with Bernie himself.

For one thing, he isn’t a Democrat. Never has been, never will be. He’s not a guy to do the standard thing of lining up behind his party’s nominee for the simple reason that it’s not his party.

Next, do you seem him opting to back down to fight another day? Can you see Bernie, at his age, realistically having an opportunity to run again eight years from now — when he’s 82? No, of course not. And neither can he.

Also, he really, truly thinks he ought to be president, as unlikely as that seems to someone with my centrist perspective. He doesn’t think it’s an outlandish idea. In fact, he believes, he would be president, or at least the nominee, if the system weren’t “rigged” against him. He looks in the mirror and sees a POTUS. He really does.

Finally, there are his followers, whose expectations are at least as unrealistic as his own. They, egged on by him, had an absolute cow when The Washington Post (and others) reported the fact that Hillary had it wrapped up mathematically. (They are so furious about it that, if Sanders wins New Jersey and California today, it will likely be in part because his supporters’ ire toward the facts.) These folks will not be satisfied with, “Well, we gave it a good go and did better than anyone expected, and we got a hearing for our issues.”

Normally, at this point in a campaign (especially if he loses California today, although even winning there won’t get him the nomination), the candidate stands up and says he’s quitting and throws his support to the winner, and his supporters start to boo — we’ve seen this scene a thousand times — and he says no, no, his opponent is worthy and won fair and square and now it’s time for us to get behind her and win the election.

But this isn’t “normally.” There’s every indication that Bernie Sanders is in no way inclined to do something like that.

Why does this matter, especially to someone with an UnParty perspective? Well, to use that word again, normally it wouldn’t. Normally the Republicans would have nominated a normal human being, and the country wouldn’t be in danger from what George Will describes as an “impetuous, vicious, ignorant and anti-constitutional man” who practices “pornographic politics” with “Caligulan malice.” (Will came back from England just full of beans — that was one of the best columns he’s written in years.)

All that matters now, for anyone who cares about this country and can see straight — regardless of such petty considerations as party — is stopping Trump.

But Bernie Sanders has indicated that he is unconcerned about that, and will do whatever he can to hobble Trump’s opponent for as long as possible.

I hope I’m wrong. I hope Sanders loses tonight, and plays out the usual graceful loser scene, and calms and redirects his impassioned followers.

But I’m not very optimistic about it at the moment. 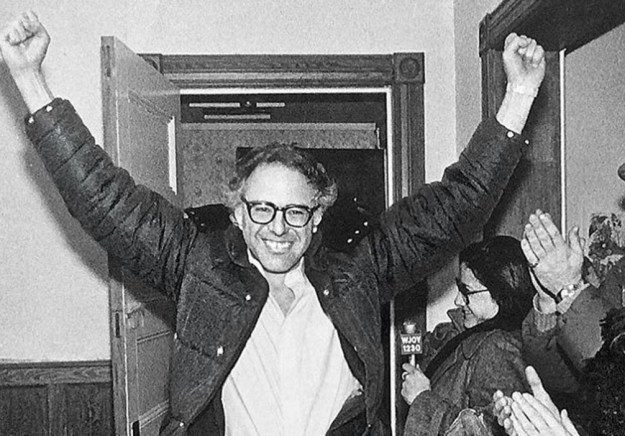 He’s not going to play the loyal Democrat because he’s never been a Democrat.

34 thoughts on “Will Bernie Sanders have the grace to bow out?”