Things are continuing to heat up over at the Richland County Recreation Commission, causing Sen. Joel Lourie to send this message this morning to his fellow members of the county legislative delegation:

I wanted to make you aware of the recent developments with the Recreation Commission. 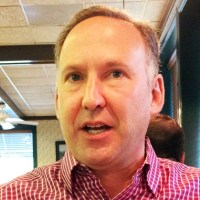 The story on WACH fox is alarming and very, very concerning.  I think we are in crisis mode and like me, I am sure you have heard from constituents who are demanding change.  I cannot imagine what is like for the employees working there, but it sounds like a “living hell”.  We cannot sit quietly and ignore what is happening.  Please join me in insisting the commission take action on the recommendation of the delegation last week to suspend the director until the investigation is concluded and the cloud of uncertainty and fear is removed.  My friends, I have never seen anything like this in all my years of public service and we owe it to the employees and citizens of Richland County to take action.  I hope to be speaking with many of you in the days ahead about this urgent matter.

Wishing you and your family a safe holiday weekend  –

Here’s the WACH-Fox story he alluded to, which featured some pretty lurid quotes from an unnamed “whistleblower:”

Sexual harassment, bullying and a long line of nepotism are what a whistleblower says the Executive Director brings to the Richland County Recreation Commission. A person with ties to the commission spoke exclusively with WACH FOX News and The State newspaper, saying they and many others are scared for their lives.

“We’re scared. I mean, we’ve heard that he carries a gun in the office.. so we’re.. we never know when he will flip and turn on us because he has said many times that if he goes down, he’s taking all of us with him.”

The whistleblower says Executive Director James Brown III has been making threats for at least two years, but they have gotten worse since the first of multiple lawsuits were filed.

“He has bragged about having sexual relations in the bathroom at the job, and he’s also bragged saying he only needs to throw fifty dollars to certain people- you know, out of his pocket, to get what he wants.”…

The whistleblower says in the last year, about fifteen people have been fired- most of them in retaliation for speaking out against him.

“He thinks it’s a joke, and he thinks he’s the most powerful black man in South Carolina, and he has said that and said that he knows he can get away with anything.”…

The story in The State was less sensational, but on firmer ground. Rather than quoting the anonymous source, he paper stuck with named sources and documents:

An employee of the highly scrutinized Richland County Recreation Commission who is one of several recently to sue the agency was fired this week.

It’s the most recent plot point in a continuing narrative characterized by inflammatory accusations, numerous lawsuits and investigations by local, state and federal agencies launched in recent months into the commission and its executive director, James Brown III.

Anthony Cooper, the commission’s bond director, was fired by the agency Wednesday, according to Cooper’s attorney, J. Lewis Cromer. Cooper’s termination letter cited him as “placing documents in the Dumpster in violation of a current litigation hold,” Cromer said in a statement Thursday.

But Cooper, Cromer said, had outwardly accused higher-ups in the commission of shredding documents that might have been the subject of investigations….

I just called Joel to chat further about this, but missed him. I left a message saying that I bet I know one thing he won’t miss about his job as a senator… 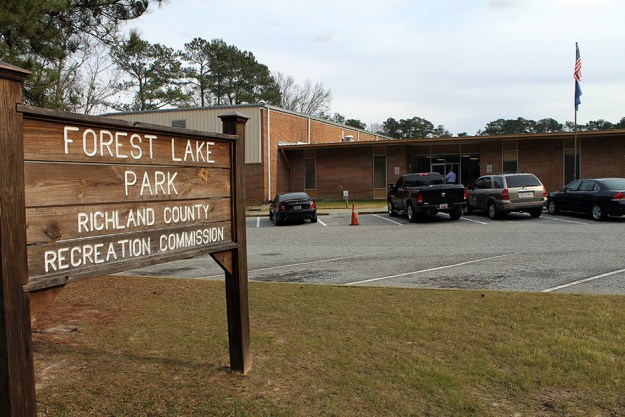 One of the commission’s many facilities.

12 thoughts on “Is RCRC chief ‘The most powerful black man in South Carolina’?”