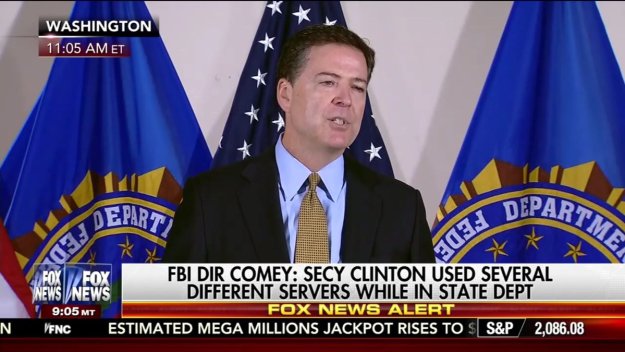 Seconds after I posted wonder why the chattering classes went ape over Hillary Clinton’s weekend interview with the FBI, actual news was made on that front.

Here’s how I characterized what FBI Director James B. Comey had to say:

FBI chief on Hillary’s emails: She was “extremely careless,” but “No charges are appropriate in this case.”

We’ll continue to argue over her judgment in setting up and using the private server. We will rightly be concerned over the potential for hostile governments and private actors to have obtained access to classified material, thanks to her carelessness.

But there will almost certainly be no indictment, unless federal prosecutors completely disregard the recommendation of the FBI.

Which could happen, but which seems unlikely.

I’m guessing that those pundits who said the FBI interview was part of a terrible week for Clinton will now be touting this as a big win. And this time, they’ll be right.

63 thoughts on “OK, now THIS was news: FBI chief recommends ‘no charges’ on Clinton email”