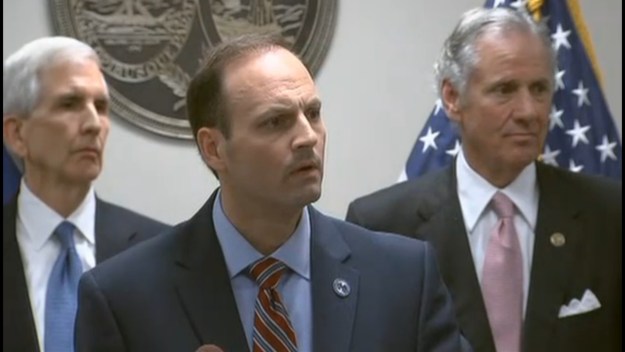 Wilson, flanked by ex-AGs Charlie Condon and Henry McMaster, during his raging presser back in March.

Which surprises me. I haven’t read the decision yet, but John Monk’s story doesn’t explain how the court got around the fact that you can’t call a statewide grand jury without the attorney general.

All it says is that the court has essentially ruled that, for the sake of this investigation, Pascoe is the attorney general. Huh, seems like that would surprise those involved in writing the state constitution. But hey, they’re the experts, not me. 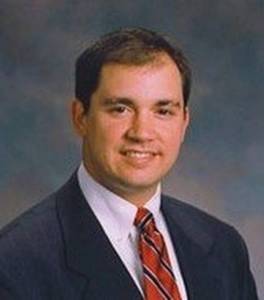 Although Wilson tried to stop Pascoe – and apparently halted Pascoe’s investigation several months ago – the Supreme Court made it clear in its Wednesday ruling that Wilson acted unlawfully in trying to keep Pascoe from continuing his probe. Pascoe was working with SLED on the investigation.

“…the Attorney General’s Office’s purported termination of Pascoe’s designation was not valid,” the Supreme Court ruled in a 4-1 opinion.

The Supreme Court’s decision means that Pascoe now is the effective acting Attorney General for the purpose of Pascoe’s General Assembly investigation – and Wilson can’t stop him from proceeding….

The Court seems to have essentially sided with the popular narrative that Alan Wilson was trying to stop an investigation into his political buddies — which I know a lot of folks accept as gospel, but which I don’t believe for a second. It seemed to me that Pascoe acted outside the law in trying to call the jury on his own — something that Wilson made it clear he was ready and willing to do for him.

Of course, Wilson didn’t do himself any good with that raging press conference — but that wouldn’t seem to change the law, just his political image.

But maybe the court ‘splained it in a way that negates my concerns. We’ll see…