Joel Lourie shared this with me, received from a member of the Richland County Recreation Commission: 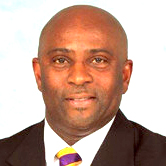 Good morning delegation members, my name is Thomas Clark Commissioner with Richland County Recreation Commission. I was appointed to the commission on April 17, 2016 thru February 27, 2021. I was appointed months or even year’s prior to any formal allegations against the current agency director James Brown. Since the boards 5-2 vote in support of the current director I’ve sensed a disconnect with current Board Chairwoman J. Marie Green due to the way I voted. On August 24, 2016 we held an emergency meeting to address a legal matter with agency or board legal team. During this closed session in the presence of Weston A. Furgess,Jr., Wilbert Lewis, George D. Martin, Jr., Joseph Weeks and Richard Morgan (attorney), Ms. Green was very disrespectful in tone as I tried to hand her a legal document that was given for the board to view. Ms. Green went on to slander me by stating that “You’re the reason that the FBI is investigating us.” Not only is this statement not true, but was slanderous to my character/has tarnished my position with my fellow board member’s. As I stated earlier all these allegations against Mr. Brown and said board members took place prior to my appointment to this board and nor would I sit back and have my name or character tarnished by the actions of other’s. I will not be intimidated or feel that I’ve done something wrong for taking a stand for the employees of this agency and the citizens of Richland County. With Ms. Green unprofessional conduct/character she should not be on or in leadership of this board and I will await your immediate response to this matter, Thanking you in advance for your time & attention.

Thank you for your email and more importantly, your willingness to serve on the Recreation Commission.  I know this is a very difficult time to be in this position and we need good people who are willing to do the right thing.  I am of the opinion that there are serious problems at the Commission which include not only the criminal allegations, but concerns over potential board malfeasance, nepotism, employee treatment and relations, compensation, and the overall delivery of services to the people of Richland County in a cost-efficient way.  These are problems that have existed long before your service and seem to have culminated in the last year or two.  I certainly do not speak for all the members of this delegation, but I can tell you that there are many that share my view and that we are taking all steps possible to bring about a positive change within the agency.

Hang in there, work hard for what is right for the employees and for the people of Richland County.

6 thoughts on “An exchange involving the Recreation Commission”