Hey, my liberal friends, it’s Shakespeare! And I couldn’t resist.

Besides, the particular liberals in question were asking for it. 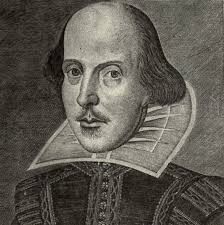 “Lord, what fools these mortals be!”

Some of us, deeply concerned about the possibility of Donald Trump becoming president and wanting to save the country (and the world) from that fate, were pleased when that group of 50 heavyweight GOP policy types came out and said that Trump “lacks the character, values and experience” and “would be the most reckless President in American history.”

We were more pleased when some of those same GOP policymakers and others went the next step and declared for Hillary Clinton — since voting for her is the only way to stop Trump.

Any sensible person would be pleased — particularly, one would think, the liberal Democrats who would want to see Hillary win no matter who her opponent was.

But no. Check this piece in the Post this morning headlined, “Clinton’s Republican outreach a step too far for already suspicious liberals.”

Ideologues will be the death of the country.

Apparently, these hammerheads would rather see Hillary Clinton lose — and Trump win — than have her win by appealing to independents and Republicans. It’s more important to them that she slavishly agree with them than that she have a chance of winning.

And yes, I’m even more dismissive of their concerns because unlike them, I am pleased that Hillary Clinton is the closest thing to a Scoop Jackson still extant in the Democratic party. What pleases me appalls them.

But that’s no excuse. There is no excuse for trying to pull Hillary back from courting and receiving the support she needs to stop Donald Trump. And I can’t respect anyone doing that.

I’ve had it with these “suspicious liberals.” It’s best for all of us — Democrats, Republicans and independents — that they be neither seen nor heard from until this election is over. But who can persuade them of that?

19 thoughts on “Lord, what fools these liberals be!”