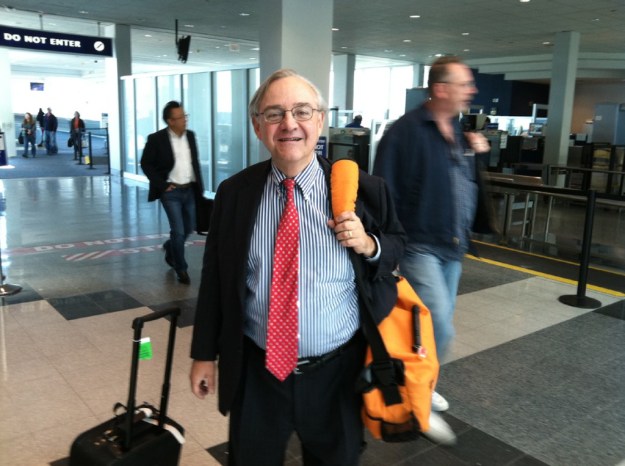 They’re closing in from the left and right.

E.J. Dionne went further than he has to date in a piece headlined, “The Republican Party has lost its soul.” An excerpt:

Let’s focus on the most revealing aspect of this week’s turmoil within a party now aghast over the unstable egotist at the top of its ticket.

No, it seems, all this and more were sufficiently within the bounds of acceptability for House Speaker Paul Ryan to tell delegates to the Republican National Convention that “only with Donald Trump and Mike Pence do we have a chance at a better way.”

So what really set off the crisis in the Republican Party this week? Trump suddenly became unacceptable because, in an interview with Philip Rucker of The Post, he refused to endorse Ryan and John McCain in their Republican primaries.

No matter what Trump said, Reince Priebus, the Republican national chairman, was willing to bow and scrape before Trump for months in trying to pull the party together behind him. Now, and only now, is Priebus reported to be “furious” and “apoplectic” at Trump. The message: Trump can say anything he wants about women, the disabled, Mexicans and Muslims, but how dare The Donald cause any trouble for Priebus’s friend Paul Ryan?

The corruption of a once-great political party is now complete….

Attacking simultaneously from the right, George Will wrote that “Trump’s shallowness runs deep.” An excerpt from that:

His speeches are, of course, syntactical train wrecks, but there might be method to his madness. He rarely finishes a sentence (“Believe me!” does not count), but perhaps he is not the scatterbrain he has so successfully contrived to appear. Maybe he actually is a sly rascal, cunningly in pursuit of immunity through profusion. 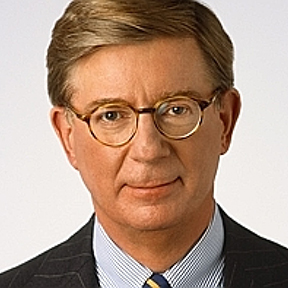 He seems to understand that if you produce a steady stream of sufficiently stupefying statements, there will be no time to dwell on any one of them, and the net effect on the public will be numbness and ennui. So, for example, while the nation has been considering his interesting decision to try to expand his appeal by attacking Gold Star parents, little attention has been paid to this: Vladimir Putin’s occupation of Crimea has escaped Trump’s notice.

It is, surely, somewhat noteworthy that someone aspiring to be this nation’s commander in chief has somehow not noticed the fact that for two years now a sovereign European nation has been being dismembered. But a thoroughly jaded American public, bemused by the depths of Trump’s shallowness, might have missed the following from Trump’sappearance Sunday on ABC’s “This Week.”

When host George Stephanopoulos asked, “Why did you soften the GOP platform on Ukraine?” — removing the call for providing lethal weapons for Ukraine to defend itself — Trump said: “[Putin’s] not going into Ukraine, okay? Just so you understand. He’s not going to go into Ukraine, all right? You can mark it down and you can put it down, you can take it anywhere you want.”

I deeply appreciate Will’s efforts recently to try to focus our attention on international affairs, and Trump’s utter and complete lack of preparedness or inclination to properly address them.

Sure, you can dismiss my friend E.J. as a consummate liberal, and wave away Will as a supercilious snob who doesn’t think Trump’s supporters are of the right sort.

So how about something closer to home? Check out this piece by a South Carolinian who has long admired Pat Buchanan, which is as conservative — as down-home, no-frills, paleoconservative — as anyone can get. Jeff Quinton writes:

Trump is wholly unqualified for the job of president. On top of that, his character is so fundamentally flawed that he cannot be trusted. On the character issue, I feel the same way about Hillary Clinton so I will not be voting for her either. 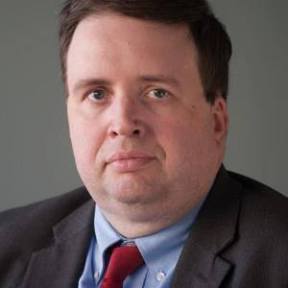 As a veteran who served as an intelligence analyst in the military, I will not vote for Trump based on national security and foreign policy issues. As a former soldier, Trump’s assurances that the troops will follow his orders, even if they are illegal ones to target civilians just because he says so are troubling. Trump’s vow to violate our treaty obligations to NATO are a major problem as well. I have concerns about Trump and his campaign manager’s connections to the Russian government—whether it was the Republican platform plank that hangs Ukraine out to dry or the Russian connections to Trump corporate finances. That doesn’t include the investigation of the DNC email leaks and where that might lead. Another foreign policy issue that bothers me relates to immigration and religious intolerance.

Trump’s immigration policies play to the basest fears in society. Whether it is his proposed Muslim ban or his criticisms of Pope Francis, it brings out the worst in his supporters online. From Ann Coulter tweeting that the Founding Fathers were right to distrust Catholics to Trump’s own proposal to keep a registry of Muslims in the country, it reminds me of one of the worst parts of American history for religious freedom—the Know Nothing era.

Trump’s appeals to the “alt-right” are nothing but a dog whistle for the fringes of the Republican Party. I have seen them get caught up in questionable conspiracy theories. They post about “false flag” theories after mass shootings that were supposedly were arranged in support of gun control. Jewish critics of Trump have been threatened and ridiculed for daring to question anything the man says. Polls show self-identifying evangelical Christians largely support him—a fact that leaves many observers scratching their heads.

As a faithful Catholic, I have also been active in the pro-life movement both locally and nationally. I do not trust Donald Trump’s pandering on pro-life issues. Being around the conservative movement in Washington for the past few years, I should not have been surprised to see so many conservatives and pro-lifers in the capital who were dead set against Trump in the primaries roll over for him as soon as he became the presumptive nominee. It is about nothing but being team players for access, power, and fundraising purposes….

And so forth. Go read the whole thing at The Daily Beast.

As a lagniappe, I’ll close with this, the first in a series of seven Tweets from Bill Kristol yesterday:

1. GOP leaders: Failing to act responsibly or courageously until now is no excuse for continuing to do so. Better late than never.