Bill Castronuovo brought my attention to this letter that ran on the editorial page of the Sunday editions of the Tampa Bay Times (which was previously known and lauded as The St. Petersburg Times, making it one of the few newspapers I can think of that have expanded their focus area in recent years): 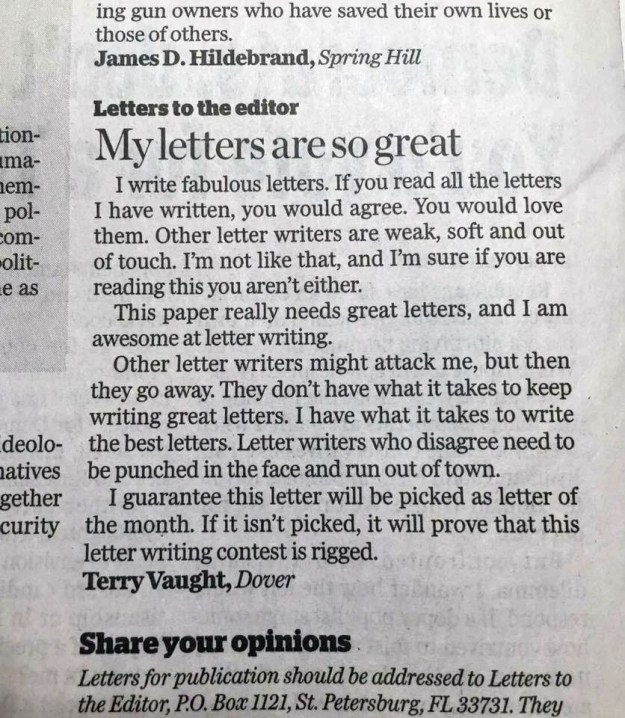 I don’t really see Trump as a letter-writer, or letter-reader for that matter. But if he did write them…

23 thoughts on “This letter is great, fantastic and YUGE!”