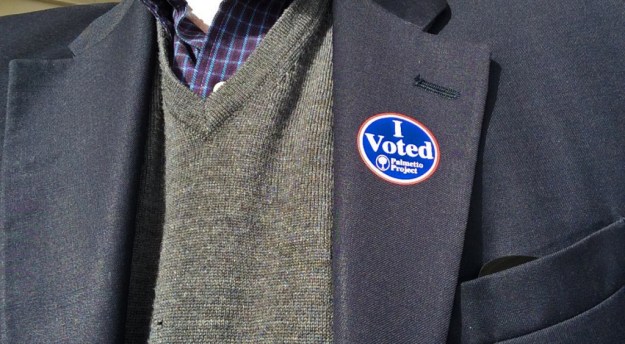 On that earlier post, I failed to point out the most remarkable thing about that PPP poll showing HIllary Clinton in a statistical dead heat with Donald Trump in South Carolina.

It’s a fairly obvious point, but I feel I should use this separate post to bring it up for your examination.

For the first time in a long time — since well before I moved back to South Carolina in 1987 — how you and I and each individual South Carolinian votes will actually matter to the outcome of the presidential election.

Whether you vote for Trump or Clinton or someone else, or stay home and sit it out, could actually make the difference in whether South Carolina stays red or goes blue, in whether all 9 of our state’s electoral votes go to Donald or Hillary.

No more can Democrats complain despairingly that their votes don’t matter. And it’s different for Republicans, too — in previous elections, they could stay home if they liked, secure in the knowledge that the state would go Republican anyway. And the importance of each of us swing voters stands out more starkly than ever.

Of course, you could say that South Carolina going blue wouldn’t matter, because if THAT happens, it would already be a Clinton landslide. But you would be a real killjoy to say that.

Go ahead and savor your importance in this election, average South Carolinian. Who knows if you’ll every experience it again?

40 thoughts on “This year, individual SC votes will actually MATTER!”