There’s nothing special about this example I’m sharing with you. It’s just a fairly clear-cut one of the blurring of news and editorial functions in the New Normal.

In today’s Open Thread, I shared this item about where we stand 20 years after the End of Welfare as We Knew It.

Later, I glanced at the above video that appeared on the same page with it.

Most of the way through it, I didn’t think much of it until the very end, when the young woman on camera says, “I’m Emily Badger, reporter for Wonkblog.”

Did she really just say “reporter?” I ask because if you take every word she just said and put it on an opinion page, you have an editorial. Or an op-ed column, but it was largely spoken in the truth-from-above, ex cathedra tones of an editorial. Only by an engaging young woman, rather than some gray, disembodied, royal “we.”

Which I expect from a blog. I mean, really, how many blogs do you go to for straight news? And as I say over and over to any who remain confused, this is an opinion blog. I don’t have the resources — reporters, and editors to guide and read behind them — to publish a news blog. All I can do here is comment on the information provided to us by organizations that still do have such resources. (Sure, there are exceptions — I occasionally attend some news event and share what I saw and heard — but generally I’m not set up to inform so much as to engage with information obtained elsewhere.

And I certainly don’t call myself a reporter. I haven’t been a reporter since the spring of 1980.

That’s what grabbed me — her title.

I have no problem with blogs offering opinion. That would indeed be the height of hypocrisy

But it’s an adjustment for me seeing and hearing it coming from a “reporter.”

Reporters who unapologetically spout editorials. O brave new world, That has such people in ’t! 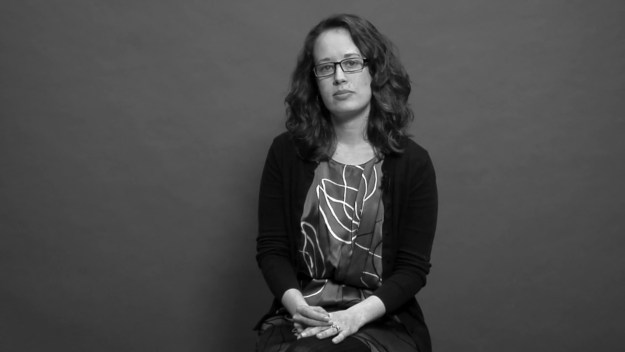