Peter Ustinov (on the right) in “Logan’s Run.”

I was struck by this yesterday, but didn’t get around to sharing it until now:

The University of South Carolina will add around 1,300 new beds in privately owned student housing properties in time for the fall 2016 semester, seventh-most in the country.

A study by student housing and apartment market data provider Axiometrics found seven of the 10 university markets expecting the most new beds were in the Southeast or the Southwest. Arkansas led the way with an anticipated 2,319 new beds.

Several new student-oriented apartment complexes have recently opened in Columbia, including: Park Place, located at Blossom and Huger streets, with 640 beds; Station at Five Points, located at Gervais and Harden streets, with 660 beds; and 650 Lincoln Phase Two, with 297 beds.

Nationwide, a total of 47,700 new beds are scheduled for come to market in time for the fall semester…. 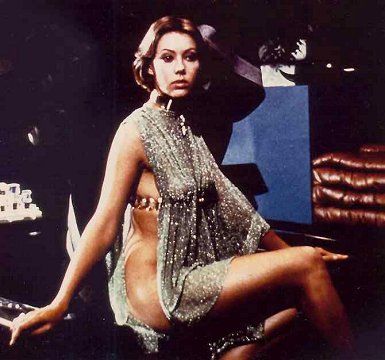 Everybody else in “Logan’s Run.” Or Jenny Agutter, anyway…

Hey, I don’t care about nationwide. I care about the fact that, as many additional students as we’ve absorbed downtown in recent years, 1,300 more are moving in right now!

And that does count hundreds or thousands more that we can see under construction!

Already, walking down Main Street makes me feel like Peter Ustinov in “Logan’s Run.” This is bizarre.

Where are they all coming from?