I hope y’all saw Cindi Scoppe’s column today on how the late Rob Cobb, the most infamous lobbyist in South Carolina history, changed our state:

I DIDN’T KNOW Ron Cobb back when he was buying up a tenth of our Legislature for the FBI.

Didn’t even recognize his picture when FBI agents subpoenaed campaign disclosure reports for all 170 legislators, and legislators and fellow lobbyists started whispering that Mr. Cobb was somehow involved in what would come to be known as Operation Lost Trust.

In fact, while I would learn and write a lot about the cigar-chomping lobbyist who hummed his signature “It’s a bidness doing pleasure with you” while the hidden video camera recorded him counting out crisp $100 bills for legislators who promised to support his horse-gambling bill, I didn’t actually meet him until five years later…

He certainly had a big impact on Cindi and me. We did some of our best work ever chasing the Lost Trust story. Before it was over, Cindi herself had gone to jail, and I had spent a year explaining everything that was wrong with government in South Carolina. Our coverage of the scandal, and my “Power Failure” series, played a big role in my becoming editorial page editor later.

All because of Ron Cobb buying votes and wheeling and dealing from his room in the former Townhouse, just yards from where I now sit. That hotel is undergoing a huge renovation, much as our political life did as a result of Cobb’s actions:

Our news department launched a yearlong examination of how the Legislative State produced not only corruption but a hapless government that answered to no one, and pushed along by that “Power Failure” series, Lost Trust and Gov. Carroll Campbell, the Legislature voted two years later to hand a third of the government over to the governor. 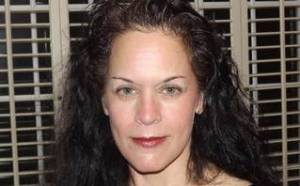 Lawmakers unleashed the powerful State Grand Jury to investigate political corruption cases. They passed a reporter shield law after a judge ordered me and three other reporters held in federal custody for two days for refusing to testify in one of the trials. And voters elected a target of an earlier vote-buying scandal to fill an open Senate seat in the middle of all this, lawmakers amended the constitution to bar felons from holding office until 15 years after they completed their sentences.

There are still a lot of problems with the way our government operates — the Legislature still holds far too much power over state and local agencies, too many agencies still effectively answer to no one, the ethics law even after this year’s improvements remains far short of what it should be.

But those reforms did a lot of good. And Ron Cobb paved the way for every one of them.

Oh, and speaking of Warthenesque writing… I also appreciated this column because its style was more like my own than Cindi’s. Finally, it seems, I’ve rubbed off on her.

Cindi has always been very task-oriented. When she goes into an interview, she’s all business. When she writes a column or editorial, she intends to accomplish this and this and this, and she lays out her arguments in a perfectly disciplined form.

My own way of approaching interviews or writing has always been like the method Dirk Gently, Douglas Adams’ Holistic Detective, employed whenever he got lost: “My own strategy is to find a car, or the nearest equivalent, which looks as if it knows where it’s going and follow it. I rarely end up where I was intending to go, but often I end up somewhere I needed to be.”

I loved this digression into purely superfluous detail:

It was June 26, 1995, and I was working on a “where are they now” package of news articles for the upcoming five-year anniversary of Lost Trust becoming public. We met near the interstate, and I followed him to his townhouse overlooking the 10th hole of one of Greenville’s premier golf courses.

Longtime girlfriend-turned-wife Shelley was there to greet us, and they showed off their rooftop garden, where Ron was growing tomatoes and cucumbers, and the Stairmaster he said he used for 10 to 15 minutes every day after work, and he talked about how his values had changed since his career as a lobbyist ended. Of course we also talked about Lost Trust and the Legislature and what he thought had and hadn’t changed, and Shelley talked as much as Ron did.

I don’t remember all those details; I got them from reviewing my notes from our lengthy visit. The only clear memories I have of that rarefied encounter are the rooftop and Bella — the cat who kept running toward the wall and hurling herself into it. Ron and Shelley laughed each time, and assured me the cat was fine, that she just did that for attention….