You probably already saw that Richland County Councilman Greg Pearce has joined the majority of the county’s legislative delegation in calling on the problem members of the Recreation Commission to resign — and threatening to freeze their funding if they don’t.

That was good. Now there’s this…

Joel Lourie has sent me a copy of a letter from Carl Blackstone, president and CEO of the Greater Columbia Chamber of Commerce, making the same demand. Here’s a PDF of the letter. It’s one of those PDFs that won’t let me grab text for an excerpt, but here’s a screenshot: 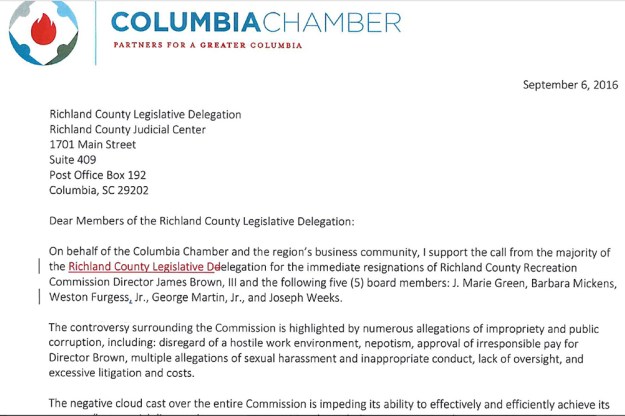 Lest you wonder whether Mr. Blackstone is speaking for the whole Chamber, he tells lawmakers at the end, “The Columbia Chamber and I join you in your call for change.” 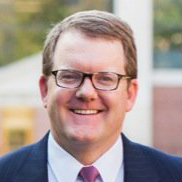 Joel welcomed the business community’s involvement, to say the least. He told me he met with some folks at the Chamber last week and the Recreation Commission mess was “all they wanted to talk about.”

“Our delegation needs to hear from you,” he said he told Chamber leaders. “I want our delegation to feel the heat.”

Of course, most of the delegation was already there.

I wouldn’t go so far as to say this sort of stance by the Chamber is unprecedented, but I’ll say I don’t remember having seen the group stepping out into local political controversy to this extent since the late Ike McLeese was president.

So, the question rises — how much longer can self-exiled director Brown’s friends on the board continue to hold out in the face of this gathering consensus?