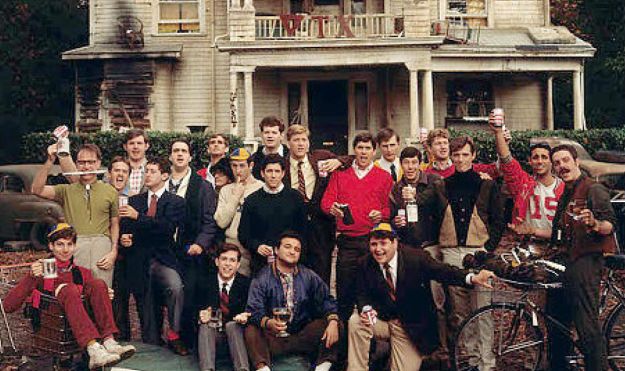 Kathryn Fenner wins the prize. I’m not sure what the prize is, but she wins it for being quoted prominently in a front-page news story headlined: “Naked college students push neighbors to breaking point.”

This is something to which I’m sure many of you have aspired, but Kathryn got there first.

But let’s shove our envy aside and soberly consider what she had to say about the problems in her neighborhood:

Aside from calling the cops and filing reports, residents like Kathryn Fenner would like to see the continued expansion of police patrols.

“USC police have extended their patrol area to include University Hill,” Fenner said. “When they started doing that, we noticed that things got a whole lot better in our neighborhood.”

Plus, she has learned that students fear the university’s disciplinary board, which if used aggressively, could help curb bad behavior by off-campus students. USC shouldn’t be so desperate to keep students that they’re willing to put up with appalling behavior, Fenner said.

Fenner said she also worries that if someday she wants to move, she’ll have to sell her home to a future landlord. It would take a special kind of person to live in her neighborhood, she said.

“You’re losing some of the in-town residents,” Fenner said. “There are people who have just had it.”…

Which the story points out is bad because the more resident homeowners who leave, the more rentals available to unruly, and possibly naked, students.

Speaking of which — the story’s opening anecdote reminds me of the situation my wife and I ran into in the area several years ago.

Anyway, it sound like USC is onto something with the patrols in the residential area. What else do y’all think should happen?

28 thoughts on “Kathryn on problems in university neighborhood”