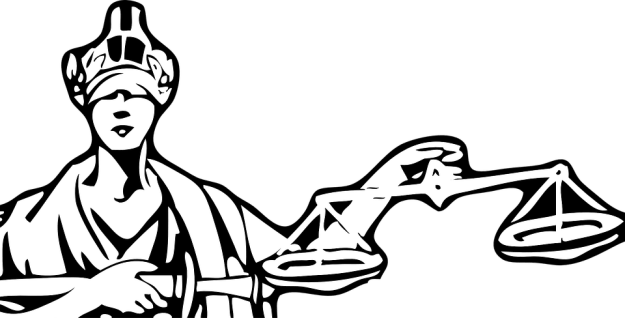 Being blind, Lady Justice missed a travesty in one of her courts Tuesday.

I don’t read a whole lot of crime news, because it seldom involves editorial points I want to make.

But this story sort of blew me away today:

Woman sobs on stand under questioning by alleged rapist

A woman wept on the witness stand, at times uncontrollably, as her accused serial home invader and rapist, acting as his own attorney, grilled her about what happened that morning.

Nathan Martinez, 37, confronted his accuser in a Richland County courtroom in steady but accusatory tones, asking the woman if she had in fact really been raped during a March 2014 home invasion in Forest Acres. In her testimony for the prosecution, he said, she had not said anyone kicked or hit her.

“You said that the individual used force,” Martinez charged.

The woman, who now lives out of state with her family, replied, “He used force by putting a gun in my face, by tying me up and threatening to kill me!”

It was an unusual day in court. It’s rare for defendants to represent themselves, especially in complex, violent crimes such as this week’s case….

Yeah, John. To say the least…

You hear about rape victims feeling like they’re the ones on trial, but I have never even heard of something this outrageous.

I read on to determine how such a miscarriage of justice could occur, and found this explanation:

It was only after questioning Martinez and making sure he knew he was giving up his right to an attorney that trial Judge Knox McMahon allowed him to be his own lawyer. If McMahon had refused Martinez’s request to be his own attorney with cross-examination rights, the case could be overturned on appeal….

Well, I’m sure that you, like me, are all broken up from worrying about Martinez and his rights.

Look, I’m not one of these people who goes on and on about how our system only extends rights to the accused and none to the victims, yadda-yadda. I believe in the rule of law. I believe in being innocent until proven guilty. And while I’m sympathetic, I feel like sometimes the victim’s rights movement can go a tad overboard.

But a terrible thing happened in one of our courtrooms yesterday. Even if you extend the “innocent-until-proven-guilty” thing to the point of saying “hey, maybe the guy didn’t do it” — you’re left with the fact that to this innocent woman and her innocent children, he did do it. And they were subjected to this outrage.

40 thoughts on “The rape suspect cross-examined the victim? REALLY?”