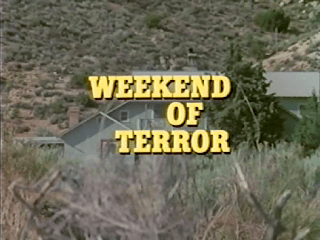 Did you know that was a thing? There was a cheesy made-for-TV movie by that name in 1970, one so low-profile that there are no surviving promotional materials for me to grab an image of. Just that stultifyingly uninteresting title screen above. (Back in 1970, the third-string cinematographers who made these things didn’t even try to make anything look interesting.)

In a way, the scattering of terror incidents in New York, New Jersey and Minnesota over the weekend are sort of the real-life terror equivalent. Nobody killed, thank God. Low-impact, low-budget. Forgettable imagery.

Earlier today, I told Bryan I didn’t see any points I wanted to raise editorially — there seemed to be little to say about such attacks in a political sense, since presumably everyone on the blog is opposed to them.

But The Wall Street Journal managed to find an angle. Under the headline, “Another Bomb After a Weekend of Terror,” there was the subhed, “Plus, more Clinton email revelations.”

Really. Neither I nor Dave Barry is making this up, even though it sounds like satire.

In the Journal‘s defense, that headline was on an editorial roundup. Still, the juxtaposition was a bit jarring. Meanwhile, not to be outdone, a site called Townhall sported this headline: “12 Hours of Terror: Just Another Weekend in Leftist-run America.”

But back to the news…

The BBC summed it all up this way:

On Saturday morning, a pipe bomb exploded on the route of a charity race in New Jersey. Nobody was hurt, because the road was empty at the time. The race had been delayed due to an unattended bag. The event, which was planned to raise money for Marines and sailors, was cancelled.

That evening, a man dressed in a security uniform stabbed eight people in a shopping centre in a town in Minnesota. They all survived and none of their injuries are life-threatening. The attacker was shot and killed by an off-duty police officer. It happened in St Cloud, 70 miles (110km) from the major city of Minneapolis. The town’s police chief said the man had asked at least one person if they were Muslim. It is thought he was Somali-American.

At roughly the same time, more than 1,200 miles (1,900km) away in Manhattan, New York, a pressure cooker filled with shrapnel exploded. It happened in the Chelsea area where there is a bustling nightlife, and 29 people were injured. All were released from hospital by Sunday. The same kind of bomb had been used in the Boston marathon attack in 2013.

Overnight on Sunday and in the early hours of Monday morning, up to five explosive devices were found in a backpack inside a rubbish bin in Elizabeth, New Jersey. One of them exploded while being handled by a robot. The city’s mayor has said this was “not a controlled explosion.”…

I’m not even sure how many incidents that counts as, or what’s related to what.

My main personal concern with all this is that my youngest daughter is in New York. Bryan has a similar concern with two sisters there.

On the other hand, the Minnesota attack is worrisome because it’s part of a pattern of recent attacks that are NOT in New York or Washington or Boston, which shows terrorists are figuring out that if they really want to terrorize Americans, they should make them feel insecure everywhere. Either that, or he couldn’t afford a plane ticket to the big media centers. After all, he apparently couldn’t afford firearms.

A quick update: The guy authorities were looking for in New York, Ahmad Khan Rahami, was captured after being wounded in an exchange of gunfire with police.

And POTUS was delivering remarks on the incidents. This just ended a moment ago. Watch for criticism that he didn’t mention “Islamic extremism,” or didn’t mention it enough, or whatever. 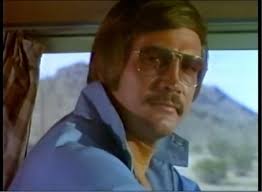 Oh, by the way… The bad guys in “Weekend of Terror” were Robert “The Wild, Wild West” Conrad and Lee “Six-Million-Dollar Man” Majors. Sort of against type for both. Neither, you’ll note, looks like a Muslim, so just another case of the liberal media conspiracy trying to pull the wool over our eyes, right?… 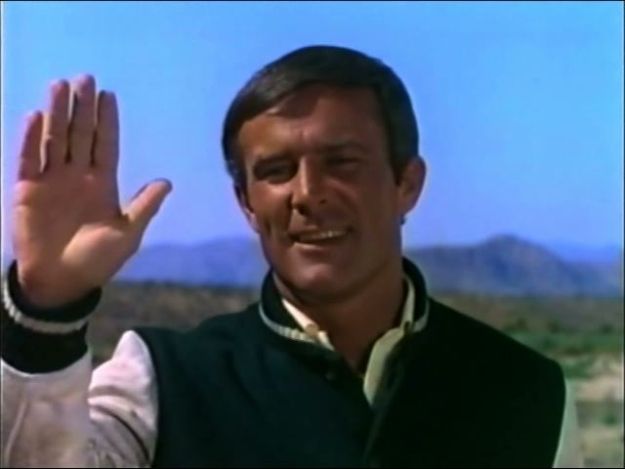