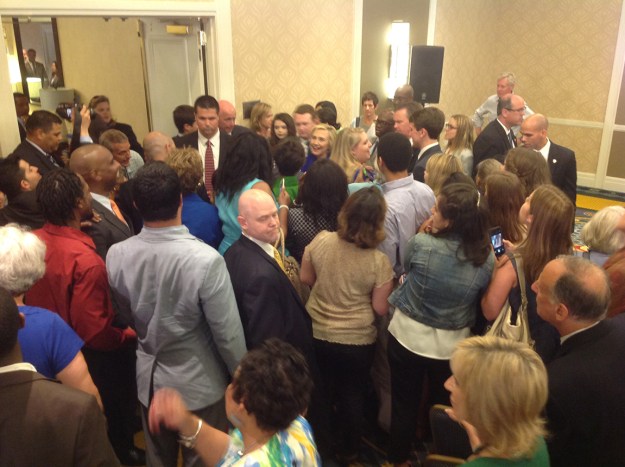 Where’s Waldo — I mean, Hillary? When I shot this way back in May 2015, she was surrounded by the usual suspects, from the SC Democratic Women’s Council.

Today, our good friend Doug (who for some reason is calling himself “Douglas” this week) Ross got me going when he said this about Hillary Clinton:

She is running to win the votes of her faithful followers…

Which made me say no, not this time…

I think that was true in 2008 — very much so. It’s one of the things that made Sen. Barack Obama look so good by contrast. At that time, her support base seemed made up of:

By contrast, Barack Obama ran as not only the post-racial, but post-partisan candidate who wanted to lead us beyond the bitter sniping of the Clinton and Bush years.

This time, though, it’s different. Not necessarily because she, Hillary Clinton, is different, but because of the overall political environment in which this campaign is occurring. It’s pushed her into an entirely different role.

Now, she’s not the representative of an old ’60s-’70s “New Left” — she in fact spent most of the past year fighting to  survive a huge challenge from someone who represented that far more than she ever had.

But nothing recast her role as much as the way Trumpism took over the GOP.

Circumstances have conspired to make her the sole representative remaining from either party of the broad, moderate governing consensus of the post-1945 America. There’s a category into which you can fit every president (and most if not all major-party nominees, but especially the presidents) we’ve had since FDR, regardless of party. And she is the only person left — now that the likes of Jeb Bush and John Kasich are long departed from the scene — who fits into that category, or even lives in the same universe as that category.

So yeah, you’ve got the standard Clintonista hangers-on, sure. But you’ve also got independents like me, and you’ve got pretty much the entire Republican national security Establishment, all rooting for her to win this.

Because she’s all that’s left for any of us… 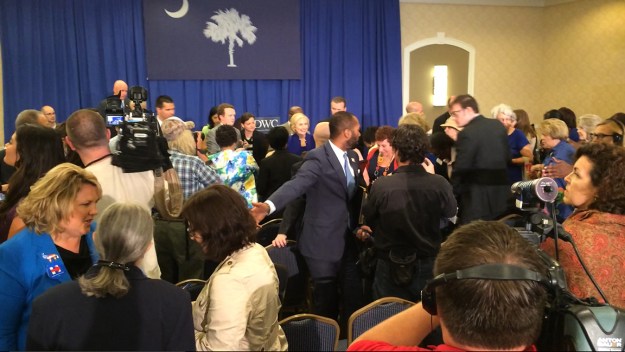 20 thoughts on “What’s different about Hillary Clinton this time”