Yesterday, I hit the “source” button on my car stereo to switch from Elvis Costello’s “Green Shirt” back to FM, but only hit it once instead of twice, so it first stopped on AM — which I never listen to.

And there was Rush Limbaugh, whose voice I hadn’t heard since Robert Ariail used to play the show in the background while drawing his cartoons. And I decided to pause there, and listen.

This afforded me a glimpse into the alternative reality inhabited by Donald Trump and his supporters.

First, Limbaugh told about the early days of his career when he was first gaining notoriety, and he was so innocent as to think media people were honestly interested in learning about him — before he “wised up” and learned the truth (in the Trumpian sense of “truth”), which was that they all had an agenda and were out to get him.

He spoke of something that commonly happens in interviews — he would say something, then immediately realize that that wasn’t exactly what he meant, and ask to be allowed to rephrase it. At which point, he says, the reporter would say No way: This is what you said, and I’m not going to let you edit the story to suit you.

Yep, that happens. There are reporters who think journalism is some sort of contest conducted under rigid rules that are not subject to personal judgment, and one must never put the source in the driver’s seat, allowing him to control what goes into the paper. That’s collusion.

And they have a point, to some extent. For instance, I would not have allowed Richland County Sheriff Allen Sloan to “take back” what he said to one of The State‘s reporters in that infamous 1989 interview about crime at Columbia Mall. That was a situation of a public figure saying something that was shockingly revealing of his character (even if it was a very bad joke, it was revealing), and not to be papered over.

But in an everyday interview with someone who sincerely edits himself by saying, “That’s not exactly what I meant,” of course I allow him to rephrase it any way he wants. You know why? Because I want to know what he really thinks. It’s not rocket science. And a reporter with half a brain should be able to tell the difference between a source sincerely trying to express himself better and someone trying to manipulate. But you have to use judgment. It’s not black and white.

Anyway, back to Limbaugh. So he had some bad experiences with reporters who probably didn’t trust him any more than he did them — or any more than he does now, since he says he hadn’t wised up yet in those days.

Rush’s point in telling that story was to set up the Wikileaks “revelation” that New York Times Magazine‘s Mark Leibovich emailed a Hillary Clinton staffer to get permission to use some quotes from an interview with the former secretary of state.

Or, as Breitbart would have it (since I was driving and not writing down what Rush said):

The New York Times allowed the Clinton Campaign to pick and choose what parts of an interview with Hillary Rodham Clinton would be used in an article titled, “Re-Re-Re-Reintroducing Hillary Clinton,” the Wikileaks release of Clinton campaign chairman John Podesta’s emails have revealed.

The Clinton campaign vetoed nearly the entire interview, but even in the portions they did approve for publication, they had Mark Leibovich edit out a mention of Sarah Palin, apparently at Hillary’s personal request.

“My apologies for the delay. I finally had to get her in person,” Clinton Campaign Communication Director Jennifer Palmieri replies to Leibovich, implying that she had to wait to talk to Hillary about what parts of the interview they would allow being used. “Fine to use the moose, but appreciate leaving the mention of Sarah Palin out.”…

The email exchange (Wikileaks Podesta Email 4213) between Palmieri and New York Times writer Mark Leibovich was forwarded to John Podesta by Palmieri in July 2015. Leibovich sends a transcript from the portions of his interview with Hillary that he would like to use saying, “I wanted option to use the following (obviously wouldn’t use all, but a portion) *These exchanges were pretty interesting…..would love the option to use….*”…

That’s pretty much the way Rush told it, with emphasis on the “Pleasure doing business” part. The alt-right seems to think that was particularly telling.

And in the Trumpkin universe, I’m sure it was. In that world, this was a huge “gotcha.” It was proof positive that the media are in bed with the Democrats!

But in the universe I live in — the universe where people know how these things actually work — I’m thinking, Well, obviously that conversation — or that part of it, anyway — was off the record. And Leibovich, being a good journalist, was pushing to get the source to go on the record with some of it.

And yep, that’s what was going on, according to Politico:

In a midsummer 2015 exchange, Leibovich wrote to campaign communications director Jennifer Palmieri, asking that certain pieces of his New Hampshire interview with Clinton be made “on the record,” for use in his July article (“Re-Re-Re-Reintroducing Hillary Clinton”)….

I hardly need mention this, but during the time I was listening, Limbaugh never said, “off the record.”

Breitbart does make some confusing references to on-and-off-the-record, but not in a way that makes it clear that this completely exonerates the writer from any sort of unethical collusion.

In fact, it shows that he was trying to get even off-the-record material onto the record, which was the point of the emails. But folks, if you’ve allowed a source to go off-the-record on something (which you have to ask for BEFORE saying something, not after), then that’s it. The source is in the driver’s seat on that material. You cannot ethically use it without the source agreeing to put it on the record. 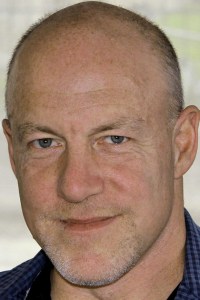 Condemn Leibovich for going off-the-record in the first place if you’re so inclined, but I won’t — along with letting sources rephrase what they’ve said, going off the record is one of the best tools for learning what a source is really thinking. Maybe you can’t use the actual words, but that knowledge can help you to better interpret and prioritize the stuff that is on the record, and more accurately represent what’s going on.

Just as there are reporters who won’t let you rephrase, there are those who are philosophically opposed to letting anyone go off the record, ever. But I’m too curious to be one of them. I don’t just want to know what the person is willing to say for print. I want to know everything that person knows. And while going off the record may not tell me everything — and in the hands of a wily source, it can be as much a device for deception as the carefully crafted public remark — it will tell me more than I otherwise would have known. Even if it’s just what the source wants me to think he or she thinks, that in itself tells me something…

Of course, all of this would be lost on most dittoheads. Even if Limbaugh had explained about it being off the record, he probably would have said the words in a way that dripped with sarcasm, portraying “off-the-record” as another one of the tricks those shifty media types use in trying to pull the wool over the eyes of honest, hard-working, angry white men…

Or not. Since I didn’t hear the whole rant, I could have missed the part where he backed off and decided to be fair to Leibovich. In which case, good for you, Rush…