We’ve seen some impressive moves lately by U.S. House Speaker Paul Ryan in recent months: First, he wouldn’t, then he reluctantly did, now he’s steadily creeping, step by step, day by day, back toward “wouldn’t.”

Here’s what I mean:

A decision Monday by House Speaker Paul D. Ryan to not campaign with or defend Republican presidential nominee Donald Trump through the November election sparked a public feud with his party’s standard-bearer within a matter of hours, suggesting that a widening split within the GOP could reverberate long after the presidential race is decided. 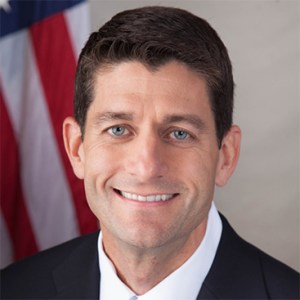 Ryan’s move — and a blunt assessment of the race that he and other congressional leaders delivered during a conference call with House GOP lawmakers Monday morning — underscored the perilous choice Republican officials now face in the wake of Friday’s release of a 2005 videotape in which Trump made lewd comments about women:

They can remain in line with their nominee, which would please their base but could alienate swing voters critical to maintaining their hold on Congress. Or they could renounce Trump and offend Republicans eager for a direct confrontation with Hillary Clinton and her husband.

For his part, the speaker — who canceled an appearance with Trump after the videotape surfaced Friday — did neither. He won’t publicly campaign with Trump, but he also did not rescind his endorsement of his party’s controversial nominee or back away from his pledge to vote for him….

That’s today, three days after he refused to appear at one rally with Trump. What will he do tomorrow?

Meanwhile, since I didn’t take note of my man John McCain’s abandonment of the Trump cause over the weekend, let me to do so now:

“In addition to my well known differences with Donald Trump on public policy issues, I have raised questions about his character after his comments on Prisoners of War, the Khan Gold Star family, Judge Curiel and earlier inappropriate comments about women. Just this week, he made outrageous statements about the innocent men in the Central Park Five case.

“As I said yesterday, there are no excuses for Donald Trump’s offensive and demeaning comments in the just released video; no woman should ever be victimized by this kind of inappropriate behavior. He alone bears the burden of his conduct and alone should suffer the consequences.

“I have wanted to support the candidate our party nominated. He was not my choice, but as a past nominee, I thought it was important I respect the fact that Donald Trump won a majority of the delegates by the rules our party set. I thought I owed his supporters that deference.

“But Donald Trump’s behavior this week, concluding with the disclosure of his demeaning comments about women and his boasts about sexual assaults, make it impossible to continue to offer even conditional support for his candidacy. Cindy, with her strong background in human rights and respect for women fully agrees with me on this.

“Cindy and I will not vote for Donald Trump. I have never voted for a Democratic presidential candidate and we will not vote for Hillary Clinton. We will write in the name of some good conservative Republican who is qualified to be President.”

Not that a write-in accomplishes anything in terms of stopping Trump, but at least he’s not backing the guy anymore.

Oh, and in case you missed it, there was this Tweet from our own Lindsey Graham:

Name one sports team, university, publicly-held company, etc. that would accept a person like this as their standard bearer?

Not that there is a general stampede away from Trump on the part of Republicans in general. Far from it. But their arguments in defense of him are started to get a bit… strained.

Sessions: ‘grab them by the p___y’ not sexual assault

106 thoughts on “Conscience starts gaining ground in the GOP”