Bill Castronuovo, a former editor at The State, shared this with me today.

This is what Trump, the candidate from Howard Stern, has done to America. He’s dragged the Gray Lady, the most staid newspaper in America, down to the point that she has to publish gutter language in to cover what’s going on in the campaign for president of the United States.

He’s also caused my blog to get down on the same level in order to tell you about it.

And the world is not better for that having happened… 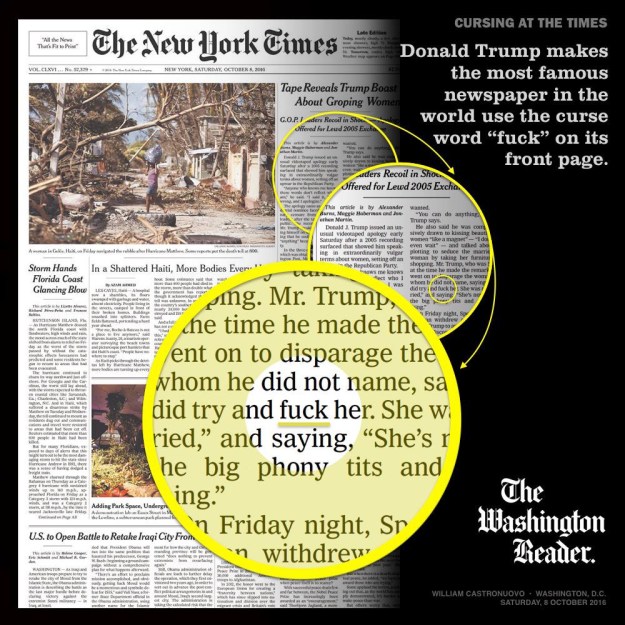