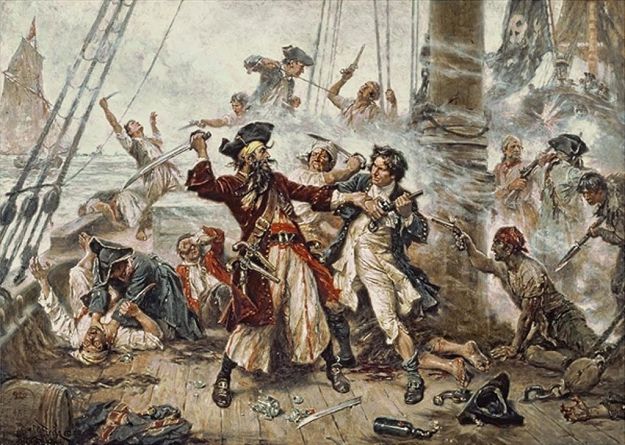 Donald Trump complains about the United States taking responsibility for collective security in the world, and suggests our allies need to step up and look to their own defenses.

I almost thought, “Maybe he has a point” when I read this item this morning about Iceland:

REYKJAVIK, ICELAND — The party that could be on the cusp of winning Iceland’s national elections on Saturday didn’t exist four years ago.

Its members are a collection of anarchists, hackers, libertarians and Web geeks. It sets policy through online polls — and thinks the government should do the same. It wants to make Iceland “a Switzerland of bits,” free of digital snooping. It has offered Edward Snowden a new place to call home.

And then there’s the name: In this land of Vikings, the Pirate Party may soon be king….

Victory for the Pirates may not mean much in isolation. This exceptionally scenic, lava-strewn rock just beyond the Arctic Circle has a population less than half that of Washington, D.C., with no army and an economy rooted in tourism and fishing.

But a Pirate Party win would offer a vivid illustration of how far Europeans are willing to go in their rejection of the political mainstream, adding to a string of insurgent triumphs emanating from both the far left and far right….

It occurs to me that maybe if Iceland had grownup, global responsibilities, maybe Icelanders wouldn’t be so utterly frivolous in their politics.

But then, do we really have room to talk, when Donald Trump has been given the Republican nomination for president of the United States? Obviously, many, many Americans don’t take the world, or the presidency, very seriously either….

3 thoughts on “I suppose if you’re Iceland, you can afford to be frivolous”