… which should give me plenty of time to get back home from the Big DM way across town in time for what could prove to be (although I hope not) the last game of the World Series. 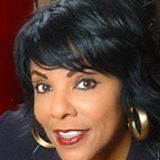 According to the text I received asking me to be on the show, we’ll be talking about “talking the importance of down-ballot votes, red states leaning blue, and the millennial vote.” Which sounds to me like the discussion could go almost anywhere, as long as we’re talking about the election.

I’m told that Allen Olson — whom I don’t know, but I assume it’s this Allen Olson — will be in the studio as well. Kathleen Parker may join us by phone, from wherever she is at the moment. And there could be another guest. I get the distinct impression this show is a bit in flux — I was asked to participate this morning, although I usually get asked several days ahead of time.

So listen in, and if you’re inclined, call in…

3 thoughts on “I’ll be on Cynthia Hardy’s radio show at 6 p.m. tonight”