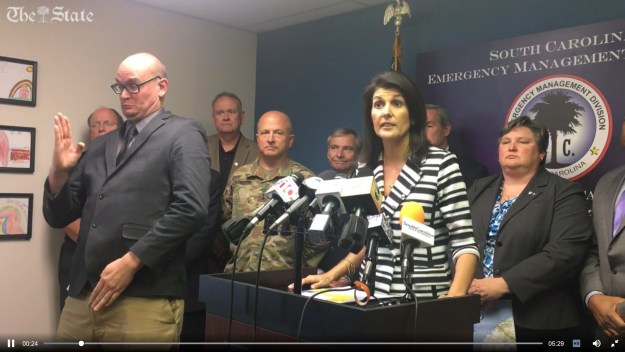 You’ve got to watch the video of Nikki’s presser if only to see the dude doing the sign language. I had no idea it involved such dramatic facial expressions….

I’ll stop on that note. Y’all have anything else?