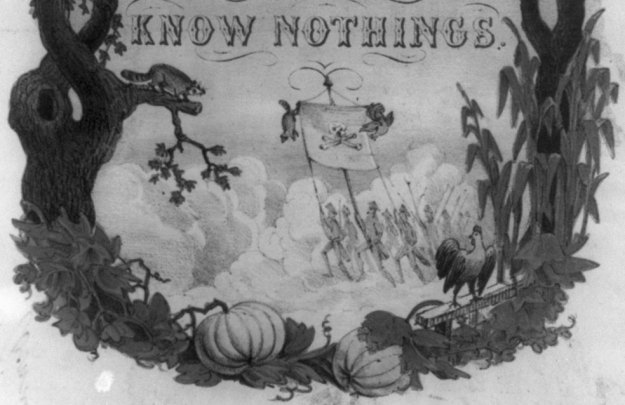 There’s a piece in The Washington Post today about the rise of denial in our society, as in denial of climate change, the efficacy of vaccines, the Holocaust.

What grabbed me, though, was the subhed “Anti-intellecualism on the rise.” That drew me because my study of history all those years ago in college deeply impressed me with what a powerful theme that has been in our history (particularly coming into its own when the flat-Earther Andrew Jackson beat John Quincy Adams in 1828).

Anyway, to quote from the piece:

In the United States, anti-intellectualism dates back to the founding fathers, when Thomas Jefferson’s Democratic-Republicans favored the wisdom of the common man over the expertise of the elites, embodied by Alexander Hamilton. Since then, the American population has tended to support a belief that ‘regular people’ know best and experts are suspect. This notion flares up when we think that our core values are under attack, as with McCarthyism, and today — with immigration, cyber security and other national concerns — it seems to be back with a vengeance….

Yeah, we’ve noticed. Although the chief evidence, it seems to me isn’t suspicion of vaccines, but the rise of Donald Trump, to whom facts are inconvenient, hostile things.

And let me hasten to say, had I lived in Jefferson’s day, I’d have been a Federalist…

13 thoughts on “Our proud American tradition of anti-intellectualism”