On Monday night at Richland Northeast High School, I’ll be moderating a debate between Democrat Mia McLeod and Republican Susan Brill, who are competing to replace Joel Lourie in representing state Senate District 22.

The event is sponsored by the Greater Columbia Community Relations Council, of which I am a member. It will be in the school’s auditorium, and will run from 6-7:30.

Y’all are welcome to come, especially if you live in the district.

Also… I’ll be working on my questions over the weekend, so this is your chance to offer any suggestions you have along those lines. What would you like to ask these candidates?

This is the only forum we’re doing for the general election. We selected it as the one truly competitive general election contest in the Midlands area. We may have missed some just as hot, but if so, I haven’t heard about them yet.

So come on out if you’ve a mind to, and meanwhile, feed me some good questions… 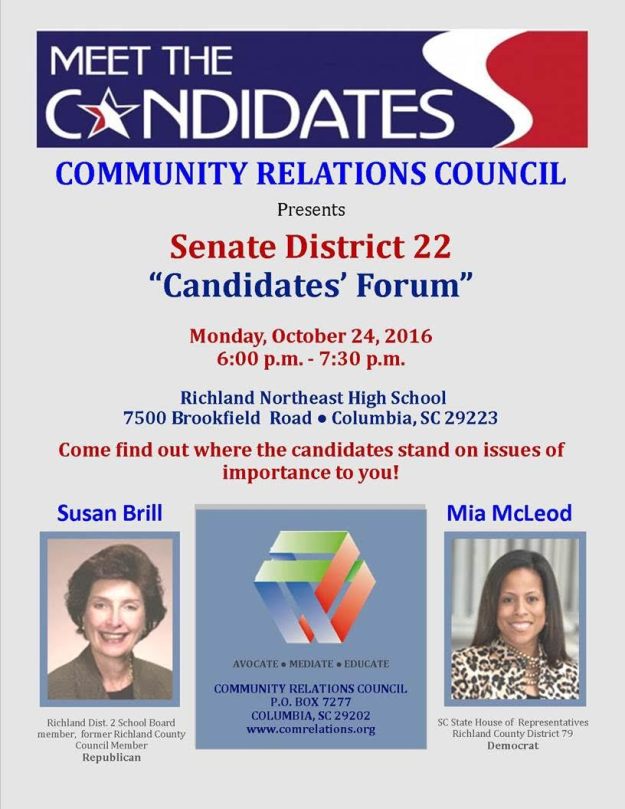