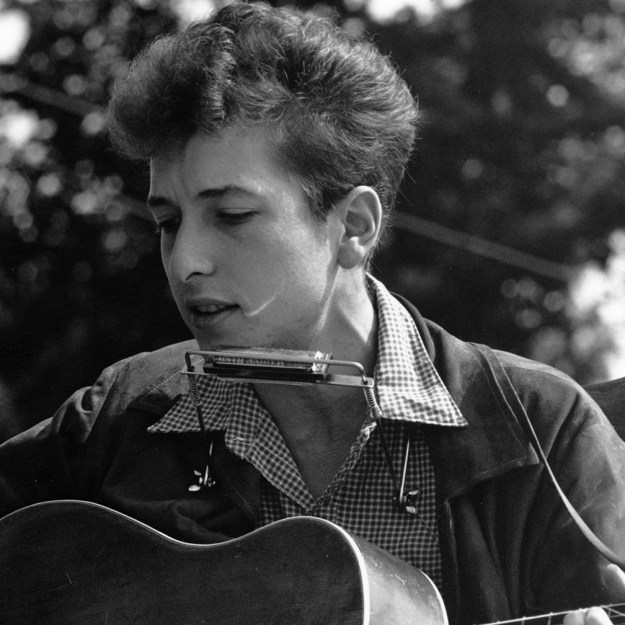 Finally, the Nobel Prize for Literature goes to a writer whose work I both know and appreciate:

Bob Dylan was named the surprise winner of the Nobel prize for literature in Stockholm today “for having created new poetic expressions within the great American song tradition”.

Speaking to reporters after the announcement, the permanent secretary of the Swedish Academy, Sara Danius, said she hoped the Academy would not be criticised for its choice.

“The times they are a’changing, perhaps,” she said, comparing the songs of the American songwriter, who had yet to be informed of his win, to the works of Homer and Sappho.

“Of course he [deserves] it – he’s just got it,” she said. “He’s a great poet in the English-speaking tradition. And he is a wonderful sampler, a very original sampler. He embodies the tradition and for 54 years now he has been at it, reinventing himself constantly, creating a new identity.”

Danius said the choice of Dylan may appear surprising, “but if you look far back, … you discover Homer and Sappho. They wrote poetic texts that were meant to be listened to, performed, often together with instruments, and it’s the same way for Bob Dylan. We still read Homer and Sappho, and we enjoy it. Same thing with Bob Dylan – he can be read and should be read. And he is a great poet in the grand English tradition.”…

Trying to remember the last time this happened for me, I looked back at the list of past winners.

Ah, William Golding in 1983! Pass me the conch, and I’ll tell you what I know about him.

I’ve read one book by Gabriel García Márquez (1982). Didn’t like it. Even though I thought it would be awesome, being about Simón Bolívar, whom I had been taught to revere in history classes in Ecuador. Instead, it was just… unpleasant… wearying.

1976 — Surely I’ve read something by Saul Bellow… nope. But I have read Bernard Malamud and Chaim Potok, in my defense.

We’ll stop with Hemingway — the one person on this list I have really read avidly — in 1954. That covers my lifetime.

As far as my being able to relate, Dylan blows all but Hemingway away. (And yes, I’m embarrassed to admit this way that no one will say to me, “you’re very well-read, it’s well known.” But this is a blog where we tell truths, is it not?)

This is amazing. Something is happening, and I don’t know what it is. No, wait: I do. Boomers are finally truly in charge. Yay, us! It’s gear, it’s fab, it’s boss, it’s tuff, it’s righteous. Please get out of the new one if you can’t lend a hand, etc….

10 thoughts on “Shakespeare, he’s in the alley, but Dylan’s got a Nobel Prize”