It’s interesting to watch the way The Wall Street Journal has dealt with the phenomenon they struggled so mightily to resist back during the primaries — having Donald Trump as the GOP standard-bearer. And Hillary Clinton, whom they have vilified for so long, as the only sane alternative.

One of their editorialists recently took the plunge, noting that rational people truly have no alternative:

The end of the election is now in sight. Some among the anti-Hillary brigades have decided, in deference to their exquisite sensibilities, to stay at home on Election Day, rather than vote for Mrs. Clinton. But most Americans will soon make their choice. It will be either Mr. Trump or Mrs. Clinton—experienced, forward-looking, indomitably determined and eminently sane. Her election alone is what stands between the American nation and the reign of the most unstable, proudly uninformed, psychologically unfit president ever to enter the White House….

But while he doesn’t quite go to the logical conclusion and say “vote for Hillary,” the WSJ’s Bret Stephens, deputy EPE, has perhaps gone farther than anyone in trashing the alternative.

Today, he likened Trump’s conspiracy-mongering to Joe McCarthy and Charles Lindbergh (the Nazi-loving, anti-Semitic Lindbergh, not the “Lucky Lindy” version). In other words, he invoked some of the darker strains of Western prejudice, specifically with regard to Jews:

Here, then, was the real Donald, fresh off his self-declared unshackling from the rest of the GOP. No longer will the nominee content himself with pursuing petty mysteries such as President Obama’s birth certificate or Alicia Machado’s alleged sex tape. 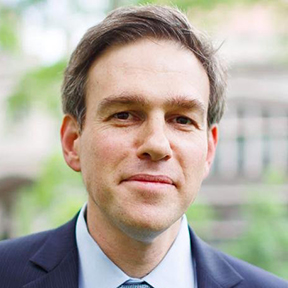 Now he’s after the Compleat Conspiracy, the one that explains it all: the rigged election, migrant Mexican rapists, the lying New York Times, thieving hedge funds, Obama-created ISIS, political correctness, women insufficiently attractive to grope, Chinese manufacturers, the Clinton Foundation. If it isn’t voting for Donald Trump and has recently crossed an international border, it’s a problem.

It did not escape notice that Mr. Trump’s remarks smacked of darker antipathies. A reporter for the New York Times suggested that the speech “echoed anti-Semitic themes.” The Daily Stormer, which bills itself as the premier publication of the alt-right, was less delicate, praising the speech for exposing the mass media as “the lying Jewish mouthpiece of international finance and plutocracy.”

But one needn’t accuse Mr. Trump of personal animus toward Jews (there’s no evidence of it) to point out that his candidacy is manna to every Jew-hater. Anti-Semitism isn’t just an ethnic or religious prejudice. It’s a way of thinking. If you incline to believe that the world is controlled by nefarious unseen forces, you might alight on any number of suspects: Freemasons, central bankers, the British foreign office. Somehow, the ultimate culprits usually wind up being Jews….

He adds that “a Trump administration would give respectability and power to the gutter voices of American politics. Pat Buchanan would be its intellectual godfather, Ann Coulter and Ms. Ingraham its high priestesses, Breitbart and the rest of the alt-right web its public trumpets. American Jews shouldn’t have to re-live the 1930s in order to figure out that the “globalist cabal” might mean them.”

As I say, he doesn’t quite get to the point of, “So vote Clinton.” Which would be weird, if we lived in a rational world…

5 thoughts on “The harshest words yet about Trump in the WSJ?”