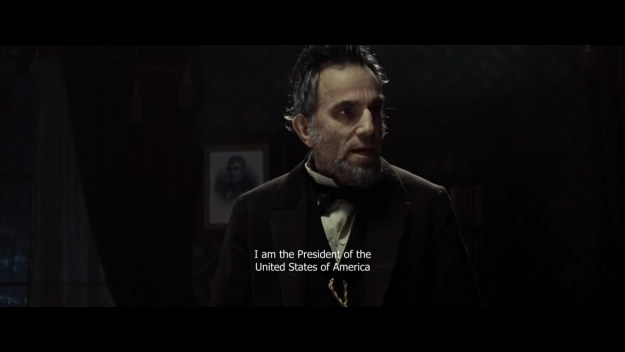 Let’s set aside for a moment this contest of character and pretend we have the luxury of talking about ideas in this presidential election.

Were that the case, the most interesting moment in last night’s debate would have come at this point:

RADDATZ: … This question involves WikiLeaks release of purported excerpts of Secretary Clinton’s paid speeches, which she has refused to release, and one line in particular, in which you, Secretary Clinton, purportedly say you need both a public and private position on certain issues. So, Tu (ph), from Virginia asks, is it OK for politicians to be two-faced? Is it acceptable for a politician to have a private stance on issues? Secretary Clinton, your two minutes…

Let’s set aside the loaded wording of the question (“two-faced”), and look at the underlying issue, which speaks to the nature of leadership and the ways we communicate in a representative democracy.

Can an honest person have a public position that differs from what he thinks in his heart of hearts? Yes, he (or she) can. In fact, there are times when he or she must.

As a longtime editorial page editor, I’m quite familiar with this. Most of the time, our editorial position was consistent with my own personal position. But we operated by consensus — I was not the only member of the board — and what we ended up with was not always exactly what I thought. I deferred to my colleagues, at least to the extent of modifying the position so that we could get everybody on board. And once the decision was made, I did not publicly say things to contradict it, because that would have militated against our consensus. I had a duty as leader of the board not to undermine its positions — even on the extremely rare occasions when our official position was very different from my own, such as when we endorsed George W. Bush over John McCain in 2000.

But my care with my utterances in order to keep the board together was nothing compared to what a president faces.

The president of the United States daily, if not hourly, faces situations in which it would be grossly impolitic, unwise, and even harmful to the country to say precisely what he or she personally thinks or feels about a situation. A president must be diplomatic, not only with representatives of other nations, but with multiple contending and overlapping constituencies right here at home. This is why a president is surrounded by people who are talented at helping choose precisely the right words needed to help move things in a desired direction. It would be grossly irresponsible, indeed a dereliction of duty and perhaps a deadly danger to the country, for a president simply to spout off from the gut without pausing to temper the message (see “Trump, Donald”).

People who don’t work professionally with words are sometimes pleased to call carefully moderating one’s speech “lying.” Those of us who work with words know better. You can say the same true thing many different ways, and how you choose to say it can make all the difference between communicating effectively and having the desired effect, or failing miserably.

Back to the debate…

Secretary Clinton responded this way to that loaded question:

As I recall, that was something I said about Abraham Lincoln after having seen the wonderful Steven Spielberg movie called “Lincoln.” It was a master class watching President Lincoln get the Congress to approve the 13th Amendment. It was principled, and it was strategic…

Did you see the film? If so, you know there was a lot more to Lincoln than the fine words in the Gettysburg Address. He may have been the most skilled, determined, clear-eyed, illusionless man ever to hold the office — and the most effective. (The only two men I can imagine coming close to him in these regards were FDR and LBJ.)

The film shows Lincoln involved in the noble task of permanently saving our country from the stain of slavery, going beyond what fine words or even four years of unbelievable bloodshed could accomplish. The Emancipation Proclamation had been a stratagem in winning the war (and one he had held back from issuing, with flawless timing, until the political climate was ripe for it), an ephemeral, self-contradictory thing that did not truly free the slaves. He needed something that went far beyond that; he needed to amend the Constitution.

And he pulled out all the stops — all the stops — in getting that done. Set aside the unseemly spectacle of promising government jobs to lame-duck congressmen — that was routine horse-trading in that day. Let’s look at the central deception — and the word is apt — that was essential to getting the 13th Amendment passed.

Lincoln knew that once the war ended, Congress would see little need to ban slavery — and the war was in danger of ending before he could get it done. In fact, a delegation led by Confederate Vice President Alexander H. Stephens was on its way to Washington to sue for peace. It would in fact have arrived if Lincoln hadn’t ordered Union troops to detain it some distance from the capital. While the delegation cooled its heels, Lincoln worked feverishly to get his amendment passed.

At a critical moment in the debate in Congress in the film, a rumor spreads that there is a Confederate peace delegation in the city. This threatens to defeat the amendment. Lincoln tells Congress that not only is there no such group in Washington, but that he does not expect there to be. He conveniently leaves out the fact that the reason he doesn’t expect there to be is because he has issued orders to that effect.

Another instance in which Lincoln has a public position differing from his private position is with regard to Republican power broker Francis Preston Blair. The reason the Confederate delegation started on its journey to begin with was that Lincoln had reluctantly allowed Blair to reach out to Richmond. Why had he done that? Because Blair urgently wanted peace, and Lincoln needed his support to keep conservative Republicans in line on the amendment.

So… Lincoln did these things — playing every angle, and saying what needed to be said to the people who needed to hear them –, and rather drawing our disapprobation for having done so, he is rightly revered.

As I said above, the only two presidents I can see even coming close to Lincoln in terms of political skill and effectiveness were Franklin Roosevelt and Lyndon Johnson. Which reminds me of a contretemps from 2008. An excerpt from my column of January 20 of that year:

It started when the senator from New York said the following, with reference to the Rev. Martin Luther King Jr.:
“Dr. King’s dream began to be realized when President Lyndon Johnson passed the Civil Rights Act of 1964. It took a president to get it done.”
The white woman running against a black man for the Democratic Party nomination could only get herself into trouble mentioning Dr. King in anything other than laudatory terms, particularly as she headed for a state where half of the voters likely to decide her fate are black.
You have to suppose she knew that. And yet, she dug her hole even deeper by saying:
“Senator Obama used President John F. Kennedy and Dr. Martin Luther King Jr. to criticize me. Basically compared himself to two of our greatest heroes. He basically said that President Kennedy and Dr. King had made great speeches and that speeches were important. Well, no one denies that. But if all there is (is) a speech, then it doesn’t change anything.”…

Hillary Clinton was not my choice for president that year. Several weeks later, we endorsed Sen. Barack Obama for the Democratic nomination (right after endorsing John McCain — whom we would later endorse in the general — for the Republican).

Her point was that fine words (such as those with which her opponent excelled) are well and good, but if you want to see a good thing get done, you need someone who will roll up sleeves, dig in and do what it takes. Which LBJ never shied away from.

When she was a fresh grad at Wellesley, Hillary Clinton was dismissive of politics being the art of the possible. As she grew up, ran into brick walls of opposition and in other ways found how resistant the world could be to fine words and finer sentiments, she learned. Her concept of what it took to get things done — and of what things were doable — matured.

Hence what she said in that leaked speech.

I don’t say this to defend Hillary Clinton personally. As I said, I wanted to raise a point that we might discuss were we in a different situation. But we’re not in a different situation. Right now, our representative democracy faces supreme degradation, and possibly worse, if Donald Trump is elected. So we have that appalling threat to deal with, and fine points and ethical ambiguities are not the order of the day.

So pretend that speech — the one to the paying audience, not to Wellesley grads — was delivered by someone else. Think for a moment about the ideas being expressed, not the person expressing them.

It’s a question that all of us should wrestle with as we grow and mature. When I was a young and cocky editor, very free with my thoughts on everything, and to hell with whether others agreed, my then-boss posed me a question: Would you rather be right, or effective?

Of course, I wanted to be both. But what about when you can’t be?

6 thoughts on “The interesting debate we could have had, under other circumstances”