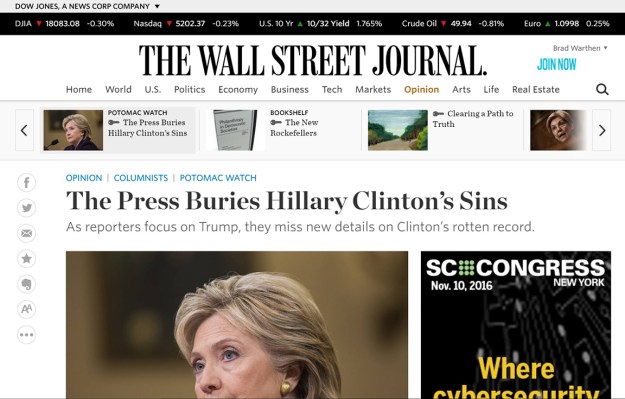 Joe Azar, via one of his regular mass emails, brings my attention to this impossible, self-negating headline in The Wall Street Journal:

So, somebody please ‘splain to me: If it’s in The Wall Street Journal, how could the press be burying it?

I understand when some loudmouth barfly spouts something like this. As bizarre as it is, I’m getting used to having a major party presidential nominee spout such paranoia.

But it takes a lot of nerve, or cognitive disconnect, or something for a columnist at one of the most widely read newspapers in the country to say something, and say “the press” is burying it. At least they could have added a parenthetical “(until now)” to give it a patina of plausibility…

7 thoughts on “The WSJ headline that, by definition, states a lie”