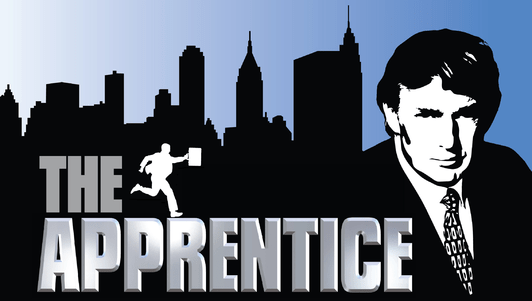 So much about the candidacy of Donald Trump — a man who should have been laughed off the presidential stage more than a year ago — defies all reason, and everything we’ve learned about politics in my lifetime.

For instance, POLITICO tweeted this today:

How Howard Stern owned @realDonaldTrump – and how it's haunting the candidate https://t.co/ibsdcpSaaO | Getty pic.twitter.com/lFSG8uMor6

It haunts him? For any actual politician, that would be a death knell. Seriously, can you imagine any other political figure being best buds with Howard Stern for decades, and regularly going on his show to speak in crude terms about his sex life, continuing to be a political figure? Not even as shameless a yo-yo as Anthony Weiner could accomplish that.

I can’t imagine it, either. We’ve spoken in the past of this or that pol having a Teflon coating, but they were nothing compared to this guy. One thing after another that would destroy anyone else I’ve ever seen in politics, and his fans just love him more.

Then there’s this, in The Washington Post a couple of days back:

The headline alone would send a shudder down the spine of most elected officials: “‘Apprentice’ cast and crew say Trump was lewd and sexist.”

That’s the top of a story from the Associated Press posted Monday morning that details Trump’s often-inappropriate behavior toward women who both appeared and worked on his hit TV show “The Apprentice.” The AP talked to 20(!) former contestants or crew members on the show including 12(!) who spoke on the record to the news organization. That’s remarkable. And what’s as remarkable is that they all told a very similar story about Trump: While on the set of the show, he would openly discuss women’s looks and whether he would sleep with them….

For any normal political candidate, a story like this one would be an absolute cataclysm. Almost two dozen former employees and contestants speaking out about behavior that the average voter would deem deeply inappropriate in a workplace environment?  It would be enough to push some candidates out of a race entirely. For others, it would be a deep wound from which they might not be able to recover.

For Trump, it’s just another Monday….

Absolutely. Everyone, from his fans to those of us who see him as anathema, will just shrug it off. Why? Because that’s Trump. We know that’s who he is. We’ve known it for years, which is why it was so ridiculous when he started running for president last year. The nerve of this bozo!

Which is why it strikes me as pointless that the story currently leading the Post’s site is headlined, “Trump’s use of debts and tax laws spurs concerns about his methods.”

Really? Yawn… You think that’s going to affect anything? Not with this guy, with far more lurid stuff being shrugged off multiple times daily…