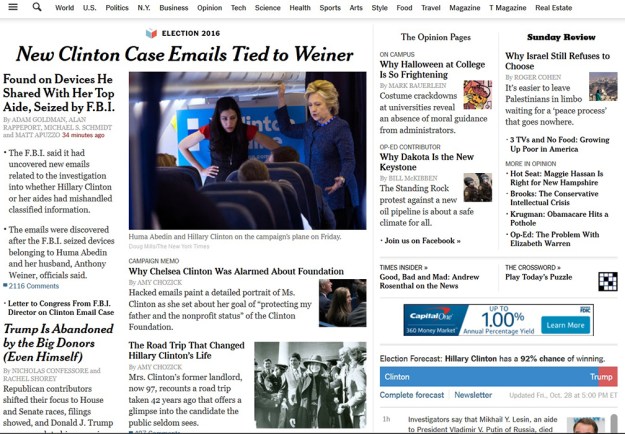 How big a deal is this Clinton emails story? Well, years ago when I was a front-page editor I had occasion to study the front pages of major papers across the country very carefully, and I concluded the NYT had THE most exquisite, nuanced sense of how important a story was, and how to play it. Most days, the NYT’s Web lede is confined to one column. Here’s how they played this (three columns, essentially).

I promised y’all an Open Thread, but decided on a VFP instead (if you care what the difference is, ask and I’ll explain down in the comments):